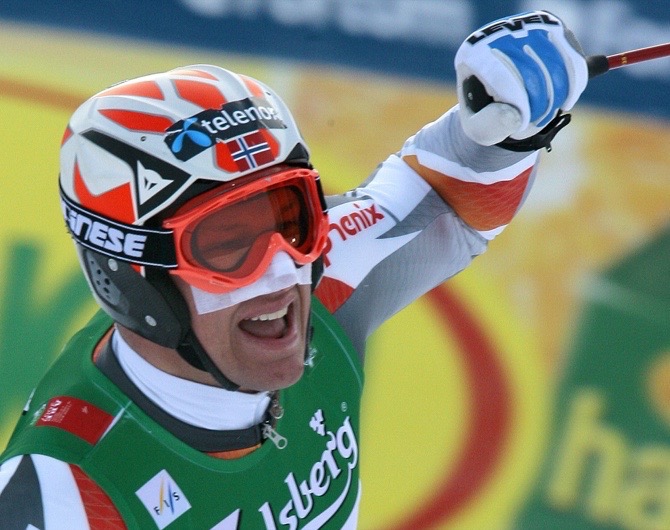 Alexandra Coletti, a veteran of more than 200 World Cup races, once came dangerously close to losing the big toe on her right foot to frostbite. Ivica Kostelic burned skin off of his face while hurtling down the frigid downhill course in Lake Louise, Alberta, at minus-35 degrees Celsius (minus-30 degrees Fahrenheit).

Even the world’s top skiers can struggle to keep warm in extremely cold conditions, which will likely be a factor at the Alpine world championships in Are, Sweden, next week.

Anyone who was at the 2007 worlds in Are can recall how the temperature consistently reached as low as minus-30 C (minus-20 F) for more than two weeks.

“It’s always cold in Sweden during winter. I just hope it won’t be that cold,” said Olympic slalom champion Frida Hansdotter, who is from Sweden. “Minus-10 it’s fine. But not more.”

At this time of year in Are, the sun rises just before 9 a.m. and sets before 4 p.m.

Still, even if it’s “only” minus-10 C, it will feel much colder to the skiers when they approach speeds beyond 120 kph. Add the humidity drifting up from the lake at the bottom of the Are courses — not to mention the usual gusts of wind — and it could make for a brutal combination.

“When you combine the cold with high speeds it really heightens the risk factor,” said retired Italian downhiller Kristian Ghedina, who was known as the circuit’s resident daredevil during his racing days. “If it’s minus-35 and you’re going 100 kph it feels like minus-80.”

To explain what skiing in minus-80 feels like, Ghedina compared it to having one of those refrigerant sprays that trainers apply to injured soccer players aimed at your face for up to two minutes.

“It freezes and burns your skin,” Ghedina said. “I remember my last year coaching Ivica. He did a training run in Lake Louise when it was minus-35 and he burned the skin off of his cheeks. He didn’t have a mask on so I gave him mine.”

The risk for skiers is greater during training than in races because when performing run after run athletes often disregard increasing cold in their extremities.

“I did a lot of runs and when your boots are so hard you lose a bit of feeling,” Coletti said. “Once I realized it was nearly too late.”

Coletti, who races for Monaco, had to be rushed to the emergency room for frostbite on her toe while training in Nakiska, Alberta, in 2010.

“When I went back to Monte Carlo I had to go to the hospital every day to have it taken care of, because there was this blackened bit where it wasn’t clear if it would heal or if it would require an operation,” Coletti said. “I was fortunate in that after 1 1/2 months it healed.

“But now I know that once I get cold I’ve got to return to the lodge right away to warm up again,” Coletti added.

In Lake Louise, consistently the coldest stop on the World Cup circuit, many skiers often cover their faces with tape or masks to shield themselves from the cold.

The problem with tape, though, is that it hurts to peel it off.

“That’s why I never wore tape,” retired American skier Julia Mancuso said. “I never understood the athletes that wore the tape because I feel like you still have so much exposure.” 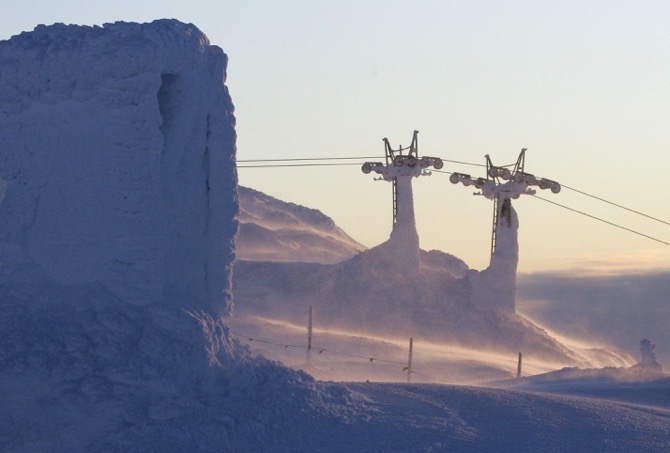 “It’s just so much better for your skin and your face,” Mancuso said. “So as long as you like those ugly face masks that look like you’re a chainsaw murderer, that’s way better than tape.”

Mancuso also used to bring a heated bag to races to keep her racing boots warm.

“I would even bring two pairs of boots sometimes and keep my race boots in a heated bag and then change them in the tent 10 minutes before I would go,” said Mancuso, who among her many accomplishments won a silver medal in combined at the 2007 worlds in Are.

“I freeze all the time so a lot of layers and wool,” Mowinckel said. “Wool everything.”

“I literally will wear three pairs of long underwear under my suit if it’s cold,” Ross said. “I don’t think it’s very aerodynamic but it’s more comfortable. Got to stay warm.”

Ilka Stuhec, the Slovenian skier who will be attempting to defend her downhill world title in Are, never wears more than one layer under her suit.

“It’s a race,” Stuhec said. “You try to stay warm before the adrenaline gets pumping.”

It wasn’t that long ago when some men’s downhillers wore nothing at all under their suits, a tactic labeled “skin to win.”

For safety reasons, International Ski Federation rules require that racing suits and undergarments have a minimum air permeability of 30 liters per square meter.

The idea is that with skiers wearing their suits all day, if they start sweating too much they’ll end up freezing.

“Plus if you have zero permeability in the suit it tends to be rubberized and can be really slippery and dangerous — you can’t stop yourself from sliding,” FIS men’s World Cup assistant Mike Kertesz said.

Teams and racing suit manufacturers try to stay as close to the 30-liter rule as possible to gain every possible aerodynamic edge in a sport where the most minimal margins can separate a gold from a silver medal.

“A hundredth of a second isn’t much,” Kertesz said. “So if it’s the difference between your underwear permeability or not these guys at this level are taking this very seriously.”

Another area that racers are taking more seriously is electrical heating — with everything from heated boots to heated socks and pants.

“I have some heated socks that I’m kind of obsessed with,” Ross said. “I typically don’t wear them racing but if it’s cold enough I will.”

Electrical socks consist of a little battery pack that attaches onto the back of the sock and a heating pad that goes all the way over the toe and around the front of the foot.

At the Pyeongchang Games, the U.S. team also tested out heated pants.

“We learned a lot in Korea,” said Mike Day, Mikaela Shiffrin’s coach. “Initially [the heated pants] were a performance thing that we were looking to see if we could heat up the muscles and improve the warmup and it turned out in Korea it was more a survival thing that we used simply to make it through a training session.”

Coaches who have to stand alongside the course in one spot for hours on end during races can get colder than the athletes.

“My hands and feet are really difficult. So I try to get the biggest down-filled gloves or mittens that I can find and put heaters inside them,” Day said.

Day was referring to those inexpensive (non-electrical) heating packs that are activated by shaking.

“I’m not lucky enough to have heated gloves or heated socks at this point,” he said. “And we do the same on the feet with little throwaway toe heaters and that usually gets you through the day.”Andrew Dampf, AP