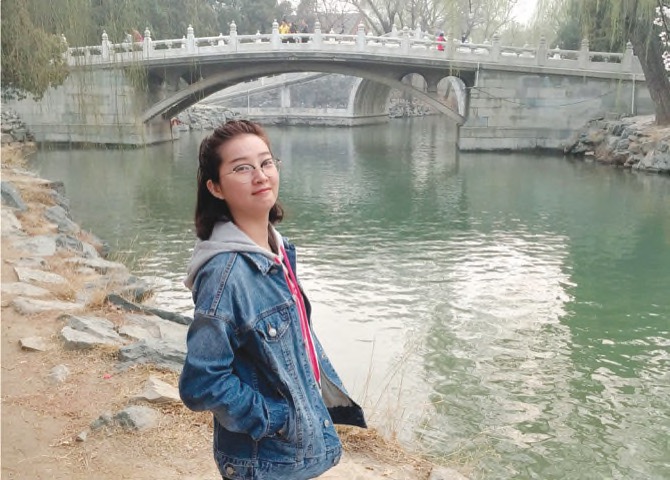 Brendt Christensen, now 29, walked into a campus counseling center on March 21, 2017, saying he had recurring thoughts of committing murder, “ruminating about how one might go about killing a person and ‘get away with it,’” according to a defense filing unsealed this week. The physics student said he even bought items as part of plans to kill someone and dispose of a body but later returned them.

Defense attorneys want a Peoria-based federal judge to allow clinical psychologist Susan Zoline to tell jurors that “the treatment of Mr. Christensen […] did not comply with the applicable standards of care,” the filing says. Prosecutors want the judge to bar Zoline from testifying, saying those claims would be inaccurate and irrelevant, as well as confusing to jurors. The trial is set to begin June 3.

The Champaign-based school said in a statement yesterday [local time] that it can’t comment on treatment for individual students. However, it said staff members at the University of Illinois Counseling Center “are trained to provide care … consistent with the best practices in mental health care nationally.”

Prosecutors argue in their filing that there’s no indication counselors were remiss in treating Christensen, noting he “described his urge to commit homicide as a fantasy, and repeatedly downplayed that fantasy.” He never threatened Zhang or anyone else by name, they said.

The defense and government filings were submitted earlier but only unsealed Monday.

Prosecutors, who are seeking the death penalty, say Christensen lured Zhang into his car in June 2017 as she headed to sign an apartment lease off campus, torturing and killing her. He was arrested three weeks later, though Zhang’s body has never been found.

Defense attorneys say they aren’t casting blame on the university for Zhang’s death. But as they endeavor to persuade jurors not to put to Christensen to death, they want to demonstrate how he had sought help but didn’t get the help he needed.

Christensen, the filing says, also told counselors that prescription drugs and alcohol were “ruining my life.” He spoke about becoming deeply depressed after his wife said she was leaving him for another man, and after dropping out of a Ph.D. program and settling for a master’s degree.

“That he voluntarily sought out treatment […] is highly relevant to a host of issues in a capital trial, including his character, the circumstances preceding the offense, his rehabilitative potential and future dangerousness,” the defense filing says.

It says Christensen went to the same school center again nine days later, telling another counselor he was open to someone evaluating the risk he posed to himself and others.

The filing, among other things, cited the center’s purported “failure to develop an adequate treatment and safety plan,” “failure to make appropriate referrals for further treatment” and failure to adequately coordinate with psychiatrists who had treated him elsewhere.

Prosecutors point to Illinois law in their filing, saying there’s no obligation on counselors “to respond to statements made in therapy unless the patient makes a specific threat against a specific and identified victim.”

The government filing says other courts in death penalty cases “routinely refuse to allow a capital defendant to assert mitigating evidence which serves only to lay blame for the offense at another party’s feet.”

Issues about Christensen mental state have arisen before.

In announcing last year that they were seeking the death penalty, prosecutors said Christensen once expressed his aspiration “to be known as a killer.” And 2017 charging documents say his phone had been used to view a forum called “Abduction 101” on a fetish site. Michael Tarm, Chicago, AP