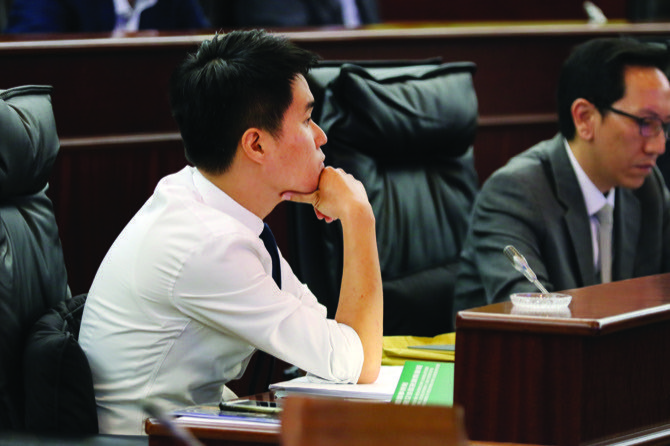 With only one year remaining in Chief Executive (CE) Chui Sai On’s term, lawmaker Sulu Sou has called for a political reform plan after Macau’s top official made no such mention of democracy during his 2019 Policy Address.

Sou highlighted that local residents are still unable to exercise full voting rights in the election of the CE, contrary to what is stated in Article 26 of the Basic Law, which stipulates that permanent residents shall enjoy the right to vote.

The lawmaker recalled that Chui previously pledged to advance democracy in the SAR, specifying that in 2014 the CE mentioned in his policy address that he would steadily advance the development of democracy in Macau.

Sou criticized the city’s highest official, claiming that Chui has no intention of fulfilling his electoral promise. Nevertheless, the lawmaker questioned the government as to whether, based on the pace of political and economic change, the SAR will conduct public consultation on political reform in the remaining one-year term, and whether it will still survey public opinion – as the CE had previously pledged.

In 2012, in the first session of the second round of public consultation on political reform, representatives of the civil service and the law supported the “mainstream” proposal (also described by media as “2+2” / “+100” formula) to change the composition of the Legislative Assembly and the Chief Executive election committee.

According to the Basic Law, there were originally 27 legislators and then 29, with an additional two members directly elected.

Today, out of the 33 seats, only 14 are elected according to universal suffrage under the highest averages method, while 12 are voted upon from the functional constituency, and seven are nominated by the chief executive. LV