Our desk: As if insults ever work 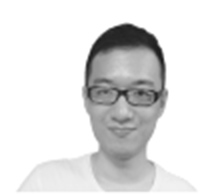 It has been more than 20 days since the Occupy movement in Hong Kong began. Frankly, I only anticipated that it would last for a week, but different incidents that helped fuel the protest kept happening.
One thing that has marked this movement is not how it has physically altered the Hong Kong streets, but how it has changed, or rather, destroyed a bunch of relationships. People have unfriended each other on Facebook because of their differing opinions regarding the movement. It is like the Middle Ages when people were constantly on the hunt trying to sniff out anyone around them spreading heresy.
At the very beginning, I thought that people were truly passionate about the cause and hence could not stand any of their friends or family suggesting anything that did not match their views. But on closer examination, I found that maybe some despised the opposite point of view so much not for how wrong differing opinions are, but because of how many insults they faced from their opponents. It is even possible that nasty comments have pushed those who previously did not have a strong opinion to take a very extreme stance on the issue.
Since the beginning of the Occupy movement, my Facebook page has been inundated by posts and comments from both sides of the argument. While some of them have tried to express their point of view in a rational manner, others have simply deployed insults and accusations liberally without properly arguing for their case.
For example, one of the most common accusations and insults against those who support the students is that they (the supporters and the students) are being deceived; that there are some “external forces” that have supported or even funded the Occupy movement.
This is insulting because it implies that those who have supported the movement are spies who intended to sabotage Hong Kong. It is also an insult because it suggests that those occupiers and their supporters are somehow incapable of individual thinking and are easily manipulated. It is even worse when some of the students were described as “useless youth” who have only taken part in the movement because they failed to achieve anything in their lives.
Some similar claims and insults were also launched against those who disagree with the movement. They are mostly suggestions that the opponents are willingly collaborating with the authorities and are becoming their “slaves” and “propaganda machines”.
And what can these charges achieve? Nothing except further angering their opponents, who may decide to hit back with even sharper comments. And the cycle continues.
Is it not obvious that now is not the time for bickering but for genuine discussion? Insults are not going to solve the problem. They only go to serve as distractions, preventing essential debates from taking place. Only through presenting your case and evidence in a rational and civil manner will you win the argument or even win your opponents over.
The whole thing reminded me of an episode of the American television drama, “Drop Dead Diva”, in which the protagonist was involved in a court case. When the opposing attorney was losing his case, he described the protagonist’s approach as “ridiculous”, which earned the comment from the judge: “A lawyer’s last resort – an insult”. TV dramas are not usually a creditable or authoritative source, but just like in that episode, only those who have a flawed argument will resort to insulting their opponents.
So if you do not have a good case, either you change heart and join the opposing side, or you maintain your stubborn silence and save your bitter comments so that you do not further humiliate yourself.