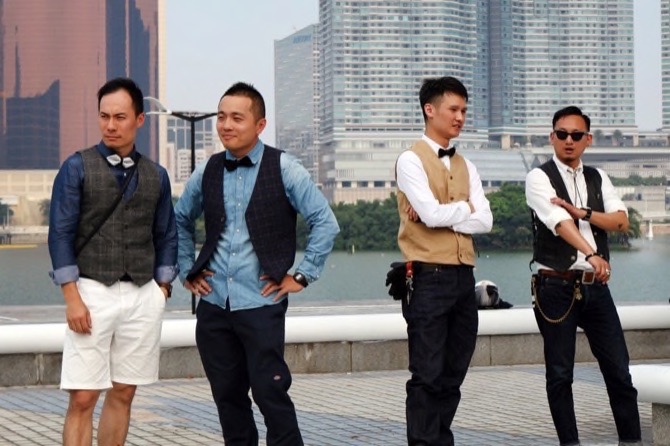 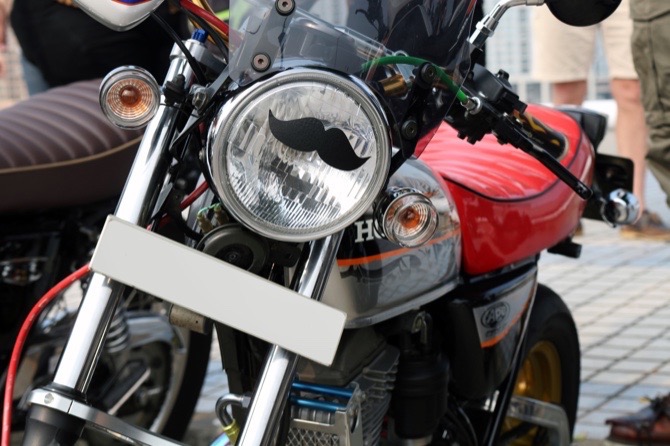 The Distinguished Gentleman’s Ride (DGR) event was founded in Sydney, Australia by Mark Hawwa in 2012. The event was inspired by a photo of the character Don Draper from the TV show “Mad Men,” where Draper is depicted astride a classic motorbike wearing his finest suit.

Hawwa decided to turn the idea into a themed ride and since then, the DGR has become an annual event that unites classic and vintage motorbike riders all over the world to raise funds and awareness for prostate cancer research and men’s mental health.

Although it is not common knowledge, Macau was part of the first group of countries and regions to join the event and it has been held in the region ever since.

Yesterday, DGR2019 was held worldwide and Macau was no exception. A group of around 60 gentlemen (and ladies) gathered by the Nam Van Lake with their motorcycles, before beginning their tour around the city. The group made a few stops to refuel and for the riders to socialize, which is one of the main aims of the event, as local organizer Carlos Kuan told the Times.

“Each year we have more and more people [joining the event] and each year it gets better. I remember the first year, many people were reluctant to wear the suit, but slowly I have been telling them that is just once per year,” Kuan said, adding that the motorcycles are always the first talking point among attendees.

“Some of them don’t really know the whole story and the [real] meaning of this ride, but others are already aware and [have been] joining for a couple of years. Every year we have many new people joining for the first time, so every time I take time – normally during our stops to take photos – to explain to them what this is all about and how we can all contribute.” 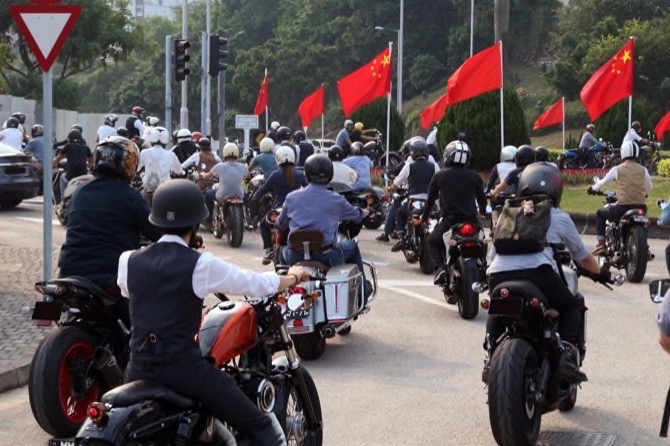 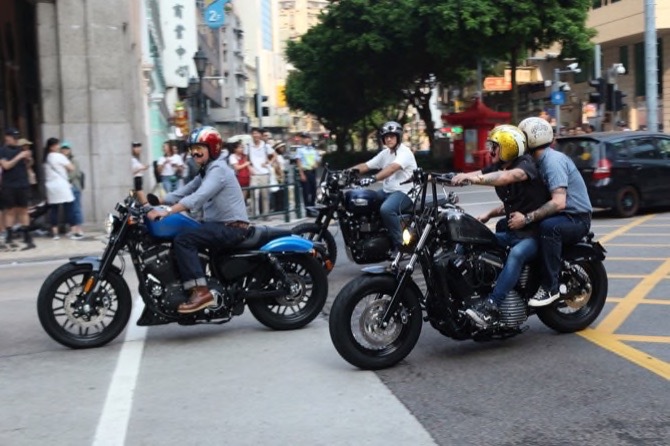 Although the Macau ride is part of the worldwide event, Kuan notes that most of participants in Macau are not “officially registered” through the event website, and that some also are not yet contributing donations to the cause. But Kuan does not see this as the top priority.

“Even if they do not make any donations, it will help anyway, as it will inform them of this culture, so maybe they will be more keen to do it the next year,” Kuan remarked. “Many of the people joining are already coming on vintage style bikes and some already know the dress code for the occasion, although there aren’t really strict rules on that. We know that takes time.”

Aside from men’s health, the organizers also hope to create awareness about road safety.

“What we are stressing is that we like to ride bikes, but we don’t want to ride fast on public roads. This group is composed of people who love motorcycles and love to ride them, but just for cruising around, not for chasing each other. We believe this is also a good message to spread. Even if you ride a big bike, you can ride it smoothly,” Kuan noted.

As fans of motorcycle customization and decoration, some riders think motorcycles deserve to be seen and appreciated as pieces of art – “something that cannot be achieved if you are flying past,” Kuan says.

Kuan also revealed that organizing the DGR is not complicated or difficult, although the recent events regarding public gatherings have created some concerns that did not exist in the recent past.

“It’s not difficult to organize the event, it’s a simple thing that does not require any bureaucracy or difficulties. I just post on my Facebook and remind the people I know about the event one week before,” he said, noting that he had previously deliberately avoided posting about the event to “avoid confusion with police.”

“I don’t want them to think that this is some kind of protest or demonstration,” Kuan said.

As the Times saw, during the riders’ meeting, a police officer stopped and asked the organizer about their route.

Kuan explained, “he just wanted to make sure that we were not going to pass the Macau Tower roundabout area, as there is an important function happening there.” The organizer noted that usually there are no problems with authorities and, in fact, some of the riders participating worked in the police force and other security authorities. 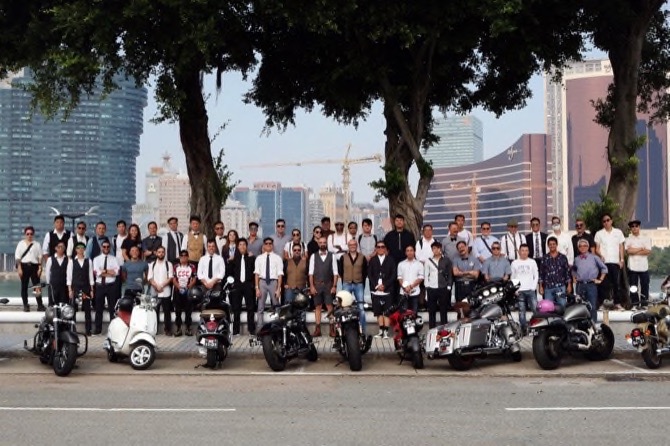 “The only problem is that you also can’t know in advance if people are coming or not and how many will show up, but that’s okay,” Kuan said.

Those attending the DGR include police officers, lawyers, teachers, engineers and people with the most diverse jobs you can find. “It’s an event for people from all walks of life,” said Kuan.

Although the final results of the worldwide DGR2019 are not yet known, every year the international organizers set a goal, which is simply to “do better than last year and to raise more than last year.”