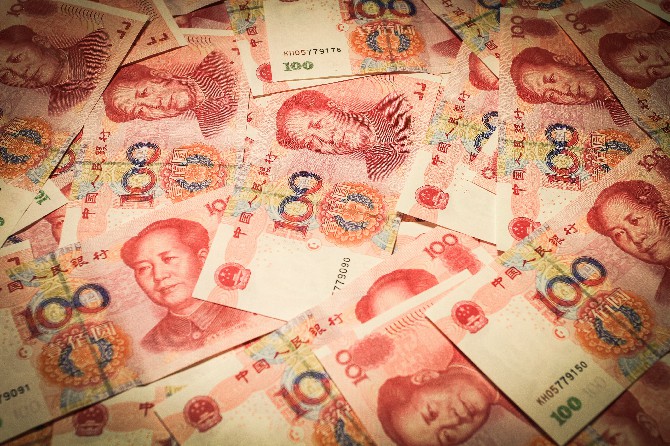 The electronic renminbi (e-RMB), the world’s first state-backed digital currency, will most likely first be used for finance and banking to back interbank money transfers and not as tokens available for regular consumers. This was said by Chris Chan, head of cybersecurity research at UDomain and a specialist in data and digital security, on Wednesday during an online conference on the topic of safety and security as part of the program of Global Gaming Expo (G2E) Asia.
Questioned by conference moderator Michael Grimes, a principal at casino news website GGRAsia, Chan said that in the first phase of implementation, “the e-RMB should be used in [bank] ledgers rather than as tokens, which puts it more at the banking level than … the consumer level.”
However, “in the future, I think it will apply to everything,” he said.
Further commenting on the creation and implementation process of the e-RMB, Chan noted that the Chinese cryptocurrency, unlike the others that currently exist, has a strong state-led basis and it has been developed and tested by the Bank of China (BOC).
“These are ideas from BOC, so this has been led by the central government authorities themselves, which is significantly different from other cryptocurrencies and even from other electronic payment methods such as Alipay and WeChat pay. The fact that [this digital currency] was initiated by the government gives it more credit and probably will [make it] more trustworthy [than other forms of electronic payment].”
For Chan, another big difference that contributes to the credibility of the new digital currency is the fact that the launch is expected to be complemented by regulation that will control its use.
Informed by his familiarity with the creation and testing process of the e-RMB, Chan noted that the currency is the product of long-term research and development at the highest level that has been taking place on the mainland since 2014.
Chan also said that he believes the implementation process has been accelerated due to the Covid-19 pandemic.
“The [Chinese] government aims to fully replace cash with the e-RMB as this [form of digital currency] has lately been seen as an added advantage, as physical money has been dubbed as a potential vehicle for the transmission of the virus.”
Another advantage of the e-RMB discussed at the conference was the fact that this method of payment and money transfer leaves clear records, unlike cash transfers and payments. This will help central authorities track transfers and those using the currency for potentially unlawful activities.
As Bloomberg News reported previously, China is preparing to test the currency in a pilot program that will span the next three years.
The program will be carried out in several cities and regions, including Beijing, Tianjin, Hebei province, the eastern Yangtze River Delta, the Guangdong-Hong Kong-Macau Greater Bay Area, and other areas in the central and western regions.
Although Macau is one of the regions taking part in the government trial, Chan said that the use of e-RMB in gaming activities should be completely ruled out for the time being. He noted that the use of the digital currency should be restricted to other areas of the integrated resorts.
Currently, other forms of electronic payment are already used commonly in restaurants and other food and beverage venues, shops, and even for the payment of accommodation expenses at hotels. However, they are not authorized for use in any form of gaming or legal exchange of money for casino chips.