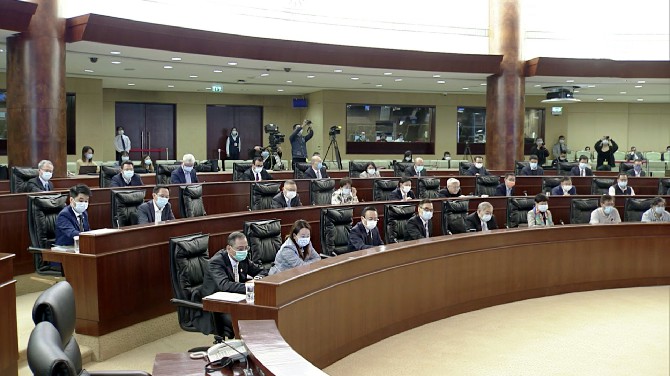 A bill presented by the initiative of lawmaker Sulu Sou was voted down from being discussed at the Legislative Assembly (AL) by the vast majority of lawmakers. The bill aims to guarantee workers’ rights to participate in professional associations, as well as establish a safety-net system which would prevent employers from dismissing workers based on their participation in labor rights activities. It was finally voted down by 27 out of 31 lawmakers who were in the hemicycle last Thursday.
The initiative only gathered acceptance from the proposer and pro-democracy lawmakers Ng Kuok Cheong, Au Kam San, and José Pereira Coutinho, who all voted in favor. The remaining lawmakers disagreed that such a proposal should have even been raised for discussion in the plenary.
As on previous occasions, several of the lawmakers who voted against the discussion of the bill justified the vote with the “lack of legality” of the bill, due to the fact that it was proposed by a lawmaker, not by the government, and that it was without prior authorization from the Chief Executive (CE).
This was also the understanding of the president of the AL, Kou Hoi In, who rejected the law proposal in the first place, and of the AL’s Executive Board, which addressed the first appeal from lawmaker Sou.
Some of the lawmakers also noted that in his Policy Address, the CE had already mentioned the government’s intention to propose the establishment of a Trade Union law in Macau this year, which would make it moot to discuss this bill at this point in time. RM