Doing business in China in 2019 harder for European firms 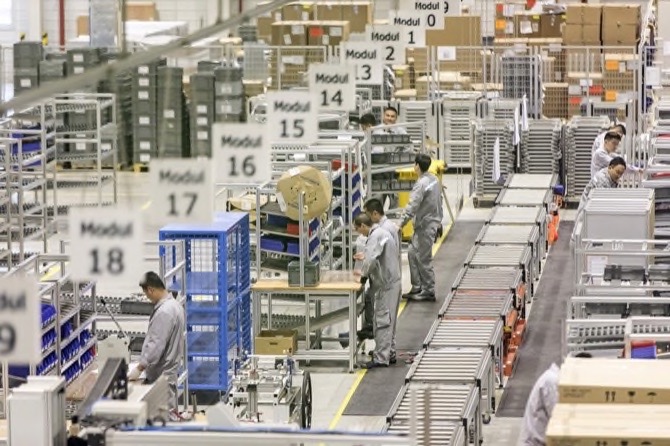 European companies operating in China said doing business became harder over the last year, with slowing output, rising wages, the trade war and other factors adding to challenges in the world’s second-largest economy.

Fifty-three percent of respondents said operations in China had grown more difficult, according to the survey of business confidence released Monday by the European Chamber of Commerce in China. That compares to 48% who said the same last year.

China’s economic slowdown was ranked as the top concern in the survey, which was conducted in January and February. Since then, the economy has continued to lose momentum, with weak domestic consumption and exports weighing on growth.

The next biggest concerns were the global economic slowdown and rising labor costs, followed by the U.S.-China trade war. Earlier this year American companies listed similar concerns, with “bilateral tensions” just behind long-standing issues such as labor costs and inconsistent policy interpretation and uneven enforcement.

“What we need for the European businesses in China is a predictable, reliable, fair business environment,” Charlotte Roule, China Vice President of EU Chamber, said at a press conference on Monday. Many of the top concerns for the European companies in terms of China’s regulatory obstacles are what triggered the dispute with the U.S., “but to us, those issues require or deserve a WTO case,” she said, referring to the World Trade Organization.

NOT FANS OF US METHODS

That is what the European Union is doing, and the chamber doesn’t support using U.S. methods to solve the challenges it faces in China, she said.

Over a third of the 585 European companies that responded to the survey said they had been negatively affected by the tariffs the U.S. and China have imposed in the trade war. However, as many European companies in China are aimed at the domestic market, the majority of firms have been unaffected.

Only 6% of companies have moved or are considering moving relevant production out of China, but any escalation of tensions would “take a heavy toll on business sentiment, leading to a tightening of investments,” the chamber said in the report.

The chamber also highlighted a “reform deficit” – in which China’s reform and opening up has failed to keep pace with rapid economic growth.

“One of the more significant shortcomings of China’s reform agenda is that certain high-level promises to improve its business environment for international companies have failed to translate into concrete action,” it said.

The EU has been frustrated by the slow pace of talks with Beijing since 2013 on a bilateral investment accord that would scale back Chinese market barriers for European companies. A joint statement signed at a China-EU meeting last month signaled important Chinese concessions over curbing subsidies to domestic industries and facilitating market access for foreign companies.

In a recent policy paper on China, the EU described the country as a “cooperation partner” in some areas and a “systemic rival” in others. “This requires a flexible and pragmatic whole-of-EU approach enabling a principled defense of interests and values,” said the March 12 paper by the European Commission, the bloc’s executive arm.

The EU Chamber of Commerce report also highlighted the continued concerns about forced technology transfers, with 20% of respondents saying they had felt compelled to hand over know-how in order to maintain market access. This was an increase from 10% in 2017, and was a particular issue in high-value, high-tech industries such as chemicals and petroleum, medical devices, pharmaceuticals and cars.

On other fronts, China is becoming more innovative in the eyes of European companies. Sixty-two percent of companies surveyed said their Chinese peers are equally or more innovative than European firms in 2019, the second year a majority of respondents said that. Eighty-one percent think this is an opportunity, probably because it leads to better suppliers and stronger competition, according to the survey.

There was also a significant jump in European companies’ perceptions of how innovative China over the past few years. In 2019, 38% of respondents said China’s innovation and R&D environment was more favorable than the worldwide average, compared to 60% last year and 15% in 2016, the survey showed. MDT/Bloomberg