Domestic travel scheme should be extended to weekdays: association 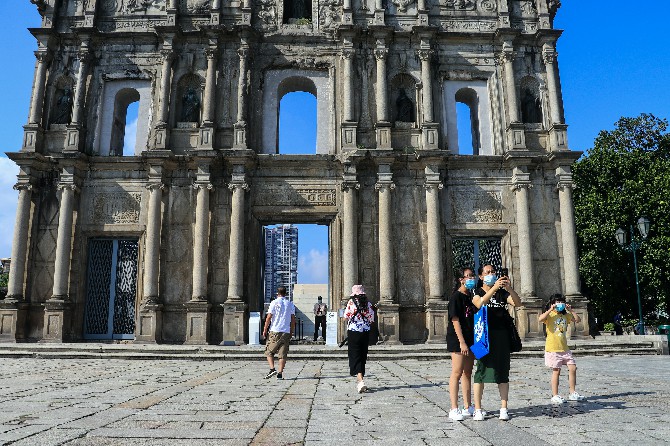 The MOP120 million domestic travel program is instrumental in helping local tour guides take home some earnings, but its scope should be extended to help them stay afloat, Wu Wai Fong, chairman of the Macau Tourist Guide Association, told the Times yesterday.
“The current scheme only covers tours run on weekends. I think it should be extended to weekdays to create more job opportunities for local tour guides who are deep in financial difficulties,” Wu explained.
Wu stressed that the city’s tour guides have been tapped out for a long time with international travel coming to a halt due to the pandemic. Upcoming domestic tours can relieve their financial hardship to a certain extent, but, she said, not enough to get them out of the woods.
As of 4 p.m. yesterday, over 500 local tour guides had signed up for the scheme, over 100 more than registered for the previous version titled “Macao Ready Go! Local Tours,” launched in June 2020.
Wu expected the final tally would be even higher after midnight last night: the application deadline for eligible tour guides.
This round of the domestic travel program, part of the third round of stimulus organized by the Macao Government Tourism Office (MGTO), will consist of six itineraries.
Unlike “Macao Ready Go! Local Tours” which focused on 15 theme-based routes, the forthcoming scheme will broaden its scope to several localities in Macau.
“The six itineraries covered in the scheme this time will be categorized geographically. Each route will zero in on one locality, such as the Macau Peninsula, Taipa, Coloane,” she added.
The concept behind organizing tour itineraries geographically is to capitalize on the domestic tourism momentum to reinvigorate particular districts in Macau, she said.
Wu revealed that new tourist hotspots will be incorporated into the six routes, such as Our Lady of Sorrows Church in Coloane, the new Grand Prix Museum and others.
Some lesser-visited places and temples will be featured as well. The helicopter ride, a popular activity from the previous scheme, will be retained.
Eligible tour guides who participate in the program will be responsible for guiding the tours. Before that, they will be enrolled in training programs to acquaint themselves with information about the locations.
Through the domestic travel program, a Macau resident can enjoy a subsidy of MOP280 for domestic tours and MOP200 for local accommodation. The move, the government explained, is to encourage domestic travel by local residents and to foster the city’s tourism industry.