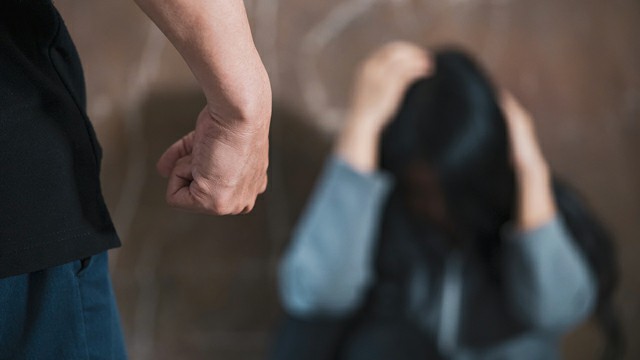 More judicial prosecution is needed to determine whether the Domestic Violence Law has been effective in punishing lawbreakers, Hon Wai, president of the Social Welfare Bureau (IAS) has said in a reply to an inquiry from lawmaker Agnes Lam.
Lam described the law as ineffective, and painted a picture of a “high report rate, low investigation rate, even lower conviction rate” over the four years that the law has been in force.
In response, the president of the bureau remarked that the law has achieved much to prevent domestic violence and protect victims.
In addition, the official cited a statement from the Public Prosecutions Office explaining that there was no direct connection between the prosecution or conviction rate and the judicial actions against the crime.
Hon added that the conviction rate is also affected by the victims’ commitment to prosecution.
However, Lam was also concerned about prosecutions that victims request to be withdrawn due to coercion from the perpetrators.
The police replied that they have not received any report on such a situation of coercion since the enactment of the law. If a victim decides to drop prosecution proceedings, the police will ask for details about the decision, especially if it is a voluntary one. The details are then recorded in a written statement. The police added that if there is coercion, it may constitute a violation of the Criminal Code.
With regards to the collection of evidence, the police explained that each domestic violence case has its own complexities and timeline. The violence concerned can be physical, mental or sexual. Physical evidence must also be cross-referenced with forensic evidence and witness statements.
So far, the police have already established a fixed set of questions and procedures for use in the investigation of domestic violence cases. Investigators are provided with regular training on precedents, legal stipulations and investigation guidelines, in an effort to improve handling and investigative skills.
Concerning the provision of social support, the IAS said that it is designed to empower victims by offering social services, assistance and protection. This empowerment aims to allow victims to face the aftermath of domestic violence with the support of government and community organizations.
The bureau also encourages perpetrators to make use of counseling services, hoping that they will see improvements in their behavior, emotional stability and cognition, so as to reduce the risk of them repeating their violent behavior.
The police will also notify prosecutors if any immediate danger is foreseen, or if the perpetrators and victims live in the same household, so that prosecutors can implement suitable mandatory measures in relation to the perpetrators.
The IAS recognizes domestic stresses and pressures due to the Covid-19 pandemic, as well as the isolation of the individual from the community. Besides the bureau itself, input from non-governmental organizations has played a crucial role in providing support to the public. These channels include websites, instant messaging platforms and telephones. Some 7,000 calls and 400 online contacts were recorded last year for counseling purposes.