Drive In | A six-decade romance story in ‘A Secret Love’ 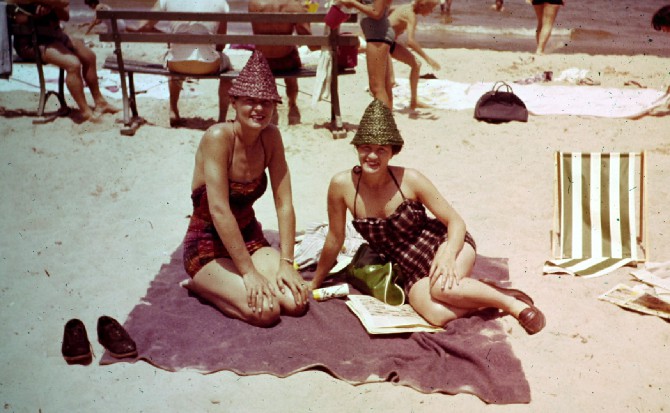 Terry Donahue, the subject of the new Netflix documentary “ A Secret Love,” was a catcher for the All-American Girls Professional Baseball League. Yes, kind of like Geena Davis’ character Dottie Hinson from Penny Marshall’s “A League of Their Own.” She wore those skirts, she went to charm school and she kept going even when a ball cracked her eyebrow open (the coaches tried to get her to stop, but she just put a band-aid on it and got back on the field). But this extraordinary fact is only a part of her story. There’s a bigger one to tell and it’s something that was not even alluded to in that 1992 film: Terry Donahue is gay.
“A Secret Love,” which was directed by her great-nephew Chris Bolan and produced by Ryan Murphy and Blumhouse, is a story about Terry and Pat Henschel, partners for over 65 years who remained closeted to their families into their old age. They simply presented themselves as close friends and roommates and no one thought anything of it.
The documentary introduces Terry and Pat as they’re entering their twilight years and deciding to come out to some family members while also figuring out where to live as they become more fragile. Terry, at 93, had recently been diagnosed with Parkinson’s disease.
“A Secret Love” is a sweeping overview of two lives up to the present, but it can feel like two movies at times. One is a real-time portrait of the heartbreak of giving up independence for assisted living — the expense of it, the fraught conversations with family and the simple fact of having to give up a house that you’ve loved for two decades. The other is a scrapbook style history of Terry and Pat from childhood on, with interludes about the realities for the LGBTQ community in Chicago in the 1950s. And then there’s that whole baseball thing, which honestly could and probably should be a documentary of its own.
All the threads are worthy, and told with love and care, but it might have benefited from a little more focus on one aspect or another. You find yourself wishing for more on the police raids of the secret bar gatherings of the LGBTQ community or more details on what it was like for two women to run a very successful interior decorating business in the ’60s.
The present-day story is a worthy one, and full of touching moments, like when Terry and Pat discover an old love letter among their things. Simply by nature of who is making the film, it does feel like Terry and her family get the more sympathetic lens, especially in a fraught moment when Pat is seen resisting a move to a Canadian assisted living facility.
But “A Secret Love” is guaranteed to pull at your heartstrings. It might be the quarantine or it might just be effective storytelling, but a scene near the end of the family coming together — not even a sad scene — left this reviewer in tears and I’m willing to bet I won’t be the only one. LINDSEY BAHR, AP Film Writer