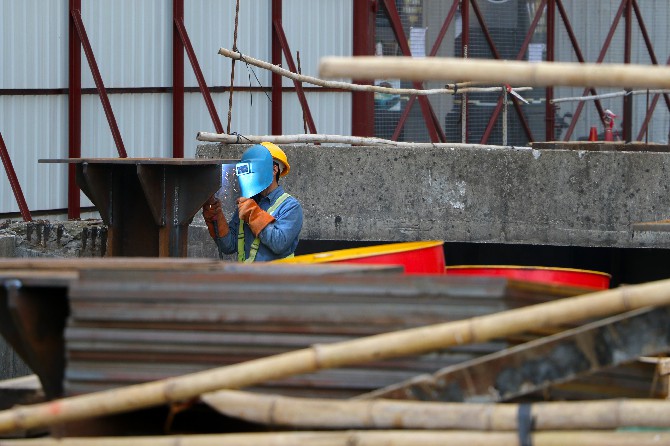 Issuance of Conditional Permit to applicants for technical registration is no longer happening, Chan Pou Ha, Land, Transport and Public Works Bureau (DSSOPT), has said in response to the accusation made by the Commission Against Corruption (CCAC).
In the recent CCAC Annual Report, the counter-corruption entity lambasted the DSSOPT for issuing Conditional Permits, which should not have happened after the enactment of the Qualification System for the Urban Construction and Planning Aspects.
According to the system, holders of legally-recognized degrees who have registered with the DSSOPT or have practiced in the aspects by January 5, 2015 could enjoy a waiver of professional examinations under certain conditions.
Other workers in the aspects, meanwhile, would have to attend training courses hosted by the DSSOPT in order to process their registrations or get them renewed.
However, the CCAC discovered that the DSSOPT issued Conditional Permit to those who should have attended the special training course.
In defend, the DSSOPT has said that there were various conditions affecting whether an applicant can finish the special training course. Furthermore, some technicians said that they could not meet the registration deadline even if they were attending the special training course. As such, the DSSOPT considered that whether an applicant could finish a special training course does not solely rely on the applicant. Therefore, the Conditional Permit was issued.
The CCAC added that the DSSOPT has taken on the former’s opinion, promising that there will be no more of this type of permit. All those who have been issued with the Conditional Permit are now fully trained and issued with a full Permit.
The CCAC has also questioned why only the latest six livestreams of the Urban Planning Committee Plenary were kept online. The DSSOPT director said keeping the videos take a significant amount of memory. AL