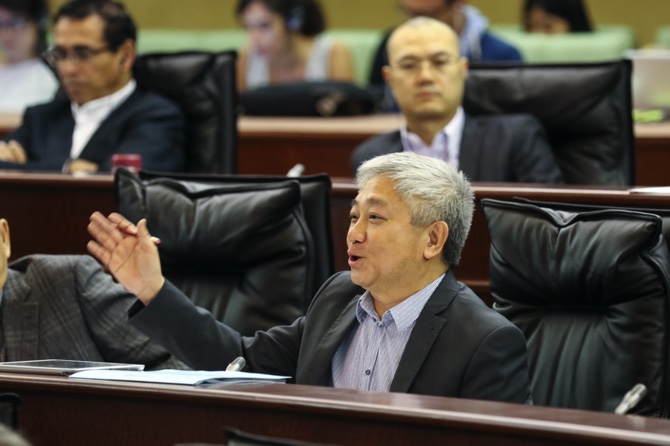 Yesterday, the Second Standing Committee of the Legislative Assembly (AL) continued its discussion on the e-government bill, with officials suggesting that the bill should not apply to judicial procedures.

Chairman of the Second Standing Committee of AL, Chan Chak Mo, explained that e-government should be promoted at various departmental levels.

The bill may apply to public departments, companies, residents and civil servants.

Any party who wishes to enroll in the e-government system should apply to the administration. The government hopes that ultimately, e-government will be used to issue licenses, notifications, payments, labor tendering, and other documents.

According to Chan, the government representatives clearly stated that the electronic option would not be used for judicial procedures.

Chan said that the e-government bill is not too complicated, and once submited a new draft, the committee can write its opinion on the bill.

The Macau SAR government hopes to implement the bill in 2020.

Also yesterday, the First Standing Committee of the AL continued reviewing the amendment to the affordable housing bill.

Chairman of the First Standing Committee, Ho Ion Sang, told the media that the government did not have sufficient clarity on the content of the bill.

Ho noted that the amendment to the bill will be dealt with by the new government.

The committee believes that revisions are needed, and according to the text, the government did not accept the committee’s submissions on core issues, such as the eligible age to apply for affordable housing, or the units prices.

The bill proposed that when affordable houses enter the real estate market, their value will remain unchanged.

The committee wants the government to remove the restrictions on this specific proposal.