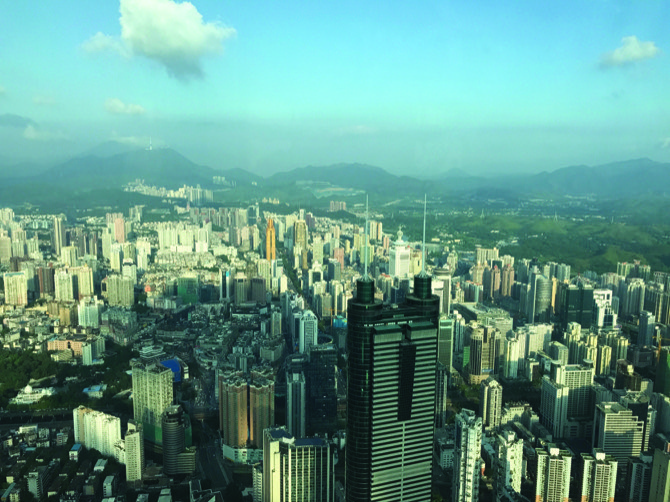 On Saturday, Cheung delivered a speech in mainland China at a forum on the future of both the GBA and Shenzhen.

“The center of international economic development has always relied on a bay area. It is a universal law. […] It is beyond any doubt that Shenzhen, whose name is not included in the Greater Bay Area, will become the leader of this bay area,” projected Cheung.

Cheung also affirmed his belief that Shenzhen will surpass Silicon Valley and Shanghai in terms of gross domestic product.

“Thirty years ago, I inferred that Shanghai’s economy would surpass Hong Kong. Today, I infer that Shenzhen will surpass Shanghai,” declared Cheung.

In the nearly hour-long speech Cheung did not hide his confidence in the future development of Shenzhen, having said that “two years ago, I predicted that Shenzhen would surpass Silicon Valley in ten years. Even though mainland China’s economy is currently not in a good condition, there are still eight years left to go, and my forecast remains unchanged.”

“Shenzhen will become the economic center of the entire planet,” said Cheung.

The American economist, who has been residing in mainland China in recent years, said that Shenzhen’s advantage is Dongguan, which he predicts will be the reason that Shenzhen will eventually replace Silicon Valley, as there is no industrial zone like Dongguan in Silicon Valley.

In addition to foreseeing Shenzhen becoming the leading city of the GBA, Cheung noted that Shenzhen has no cultural barriers and is capable of attracting foreign talent. Cheung mentioned that Shenzhen’s economy had already surpassed that of Hong Kong, but then also said it had surpassed Taiwan’s.

However, reviewing official data, Shenzhen’s gross domestic product amounted to the equivalent of approximately USD360 billion in 2018, while Taiwan’s exceeded $600 billion in the same year. JZ