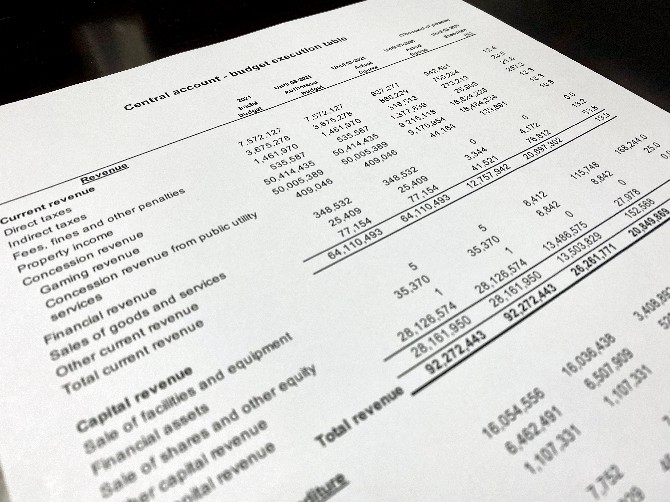 The government’s general account revenue has recorded a drop of 38.36% in the first quarter (Q1) when compared year-on-year, the report on Budgetary Execution Data published by the Financial Services Bureau revealed.
According to the report, the government revenue until the end of March was 12.76 billion patacas, far less than the 20.70 billion patacas recorded last year.
Contributing significantly to the plunge was the lower revenue obtained from the gaming sector that, in 2020, had amounted to 18.48 billion patacas during Q1. This year, the revenue from gaming amounted to 9.17 billion patacas, registering a drop of 50.39%.
Expenditure also grew significantly this year. In particular, expenditure on the government’s Investment and Development Expenditure Plan (PIDDA) increased from 868.50 million patacas in 2020 Q1 to a staggering 2.72 billion patacas in 2021. This over three-fold increase in expenditure contributed to an execution rate of 14.7%. In the same period last year, the PIDDA execution rate was only 7.2%.
The total government expenditure reached 17.94 billion patacas in the first three months of this year.
In a positive development, the government central account had a positive balance of 8.32 billion patacas at the end of Q1, almost 58.5% more than in 2020, when the balance was 4.87 billion patacas.
Yesterday, a release published by Fitch Ratings noted that the international rating agency revised Macau’s credit rating outlook to “stable” from “negative,” affirming its credit ratings (long-term foreign and local currency issuer default ratings) at “AA.”
This positive revision was based on the expected recovery of the local economy as well as the government’s cautious fiscal management that has provided buffers to mitigate the unprecedented shock from the pandemic and uphold macroeconomic stability.