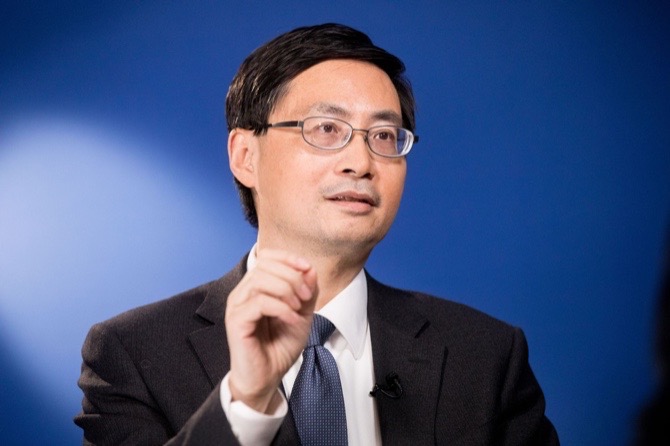 People’s Bank of China adviser Ma Jun said the Chinese economy will probably maintain an expansion of at least 6% in 2019, as the trade truce with the U.S. over the weekend removes the biggest uncertainty to growth.

The meeting between Presidents Xi Jinping and Donald Trump is supportive for the yuan, and also adds certainty to the outlook for China’s economy in the second half, Ma told Bloomberg on the sidelines of the World Economic Forum in Dalian yesterday.

Ma, a member of the PBOC’s monetary policy committee, said policy makers won’t need to introduce any new massive stimulus measures to reach China’s goals of achieving at least 6% gross domestic product growth and keeping the jobless rate below 5.5% in 2019.

“Broader expansionary policy won’t be needed as long as the job market is basically stable” and people should be more patient in waiting for earlier easing measures such as tax cuts to feed through, he said, adding that tax breaks usually achieve their maximum effect nine months after being introduced.

With the trade ceasefire “a supportive factor” for the yuan exchange rate, the country’s trade balance probably won’t worsen further because of the trade spat, possibly bringing more capital inflows as the brighter trade outlook lifts the stock market.

The agreement to resume trade talks and refrain from further escalation of retaliatory measures for the time being has been welcomed by Chinese investors, with some seeing Trump’s decision to ease restrictions on Huawei Technologies Co. as a positive surprise.

The Shanghai Composite Index closed 2.2% higher yesterday. Rare earth shares, which had benefited from speculation China would hike prices to retaliate against the U.S., were among yesterday’s biggest decliners. The yuan climbed 0.3% to 6.8458 per dollar at 3:05 p.m. local time.

Ma said China can’t afford going back to building leverage, and excessive liquidity would refuel assets bubbles rather than help the real economy. Funding costs can be guided lower via a long-awaited interest rates overhaul to let policy rates better feed into the lending rate of enterprises, rather than by cutting the lending rates directly, he said.

At the same time, the global tilt toward easing and a temporary stabilization in foreign exchange sentiments do give the PBOC room to introduce further easing measures, should trade tensions rise again.

If the Federal Reserve decides to cut interest rates, it is possible for the PBOC to reduce its benchmark rate, according to Zhu Ning, a professor of finance at Tsinghua University and the author of “China’s Guaranteed Bubble.”

“Even though they say they have prudent and balance policy, it’s still fairly loose — they just don’t want to say that out loud. But if the Fed is cutting, it gives them just the right opportunity to say OK, if the Fed is doing that, if the whole world is doing that, then why don’t we,” Zhu said in Dalian. Bloomberg