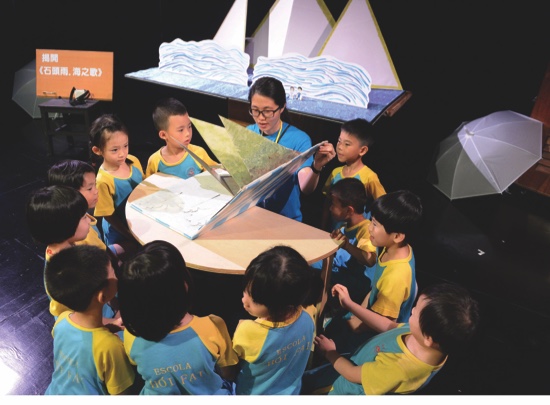 Hong Kong experts have warned parents in the territory that they are still holding unrealistic educational expectations for their children. This comes after the HKSAR government and private agencies reported a growing number of children admitted for developmental assessment and learning difficulties testing.
The tests seek to identify learning disorders such as dyslexia, attention deficit/hyperactivity disorder, and autism spectrum disorder. Recent estimates put the proportion of Hong Kong residents with learning disorders at roughly 10 percent of the population.
The South China Morning Post (SCMP) reported on Sunday that the number of children taking the tests had risen by nearly 20 percent over recent years, growing from 8,476 in 2011 to 9,872 last year.
While some explain the growth to be in response to a recent rise in birth rates, as well as an increase in public and professional awareness of child mental health, various experts are warning that the phenomenon is driven oftentimes by parents, educational institutions, or both.
In Macau the problem is less widespread but for a different reason, education scholar Teresa Vong of the UM tells the Times.
“The same concerns exist in Macau but the action taken depends on the socio-economic class of the parents,” Vong explained. “While middle class parents will take their children to Hong Kong for testing [if they are concerned], working class parents, who are less aware of the importance of the issue, will wait for services to become available at the Hospital Conde S. Januario.”
The facilities and services at the public hospital which are used in these testing procedures are overstretched Vong added, “as the service is not keeping up with the growth of the population. The government has identified a lot of learning difficulties but the resources in Macau have not been sufficient to deal with this.”
“We really don’t have the resources to deal with the problem,” said Eliana Calderon, the president and Founder of Macau Child Development Association (MCDA), a charity which seeks to support children with learning difficulties and their families. “This has been our struggle since 2012.”
“There is some government support,” Calderon admitted, “but we are still very behind some developing countries in this respect. I don’t mean in comparison with many [sub-Saharan] African countries, but here we have the money so we can afford it.”
According to the SCMP report, parents are having their children tested despite there being no evidence suggesting that the child has developmental problems. After the children are assessed and it is determined that they do not suffer from developmental handicaps, some parents still ask for medication.
“It is terrible that the parents still request medication,” said Vong on the issue. “It is a cultural thing, though it is very dangerous for parents to demand too much [from their children].”
Developmental-behavioral pediatrician, Fanny Lam, told the SCMP that many children were admitted to testing upon the request of their parents, who had in turn been advised by elite schools to seek medical examinations for their child.
She suggested that some of these children do not suffer from developmental difficulties, but rather face increased pressure from the demanding education system.
Elite schools in Hong Kong can also place undue pressure on students to perform, or assign the students demanding homework requirements and additional educational performance burdens.
“How can you ask a three-year-old [child] to be able to sit still and concentrate like [as if they were] in a job interview?” posed Calderon. “The expectations [of parents] are simply too high!”
Calderon also stressed that parents’ perceptions of learning disorders still require significant alteration. “I think that they are mostly worried about getting their three-year-old into a school. The school system has not been very good at supporting this and there are still no courses to equip [some children] to be successful. So they mainly worry that the child won’t be accepted by the school.”
The president of MCDA added that it was her hope that the organization could help “fill the gaps” in Macau and establish a specialized school for children with learning difficulties. Daniel Beitler