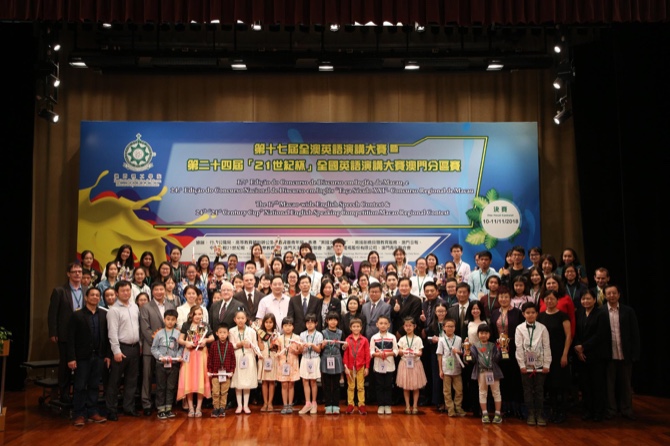 Ever since 2005, the event has enjoyed a nationwide affiliation with China Daily’s “21st Century” National English-Speaking Competition and, over the years, many winners of the Macau-wide English Speech Contest have advanced to compete in the national competition.

The opportunity to participate in the national competition has been extended to the winners from each of the Lower Primary, Upper Primary, Junior High School and Senior High School categories and up to 3 winners of the College Category.

Under the theme nature, participants researched the animal and plant world, and discussed the problems of environmental pollution, climate change, extinction, and sustainable management.

Organizers hope that the contest can encourage students “not only to develop their English skills, but also their critical thinking, so as to foster their all-round development and prepare them to serve society in the future.”