Education | MUST invites over 200 companies for career day 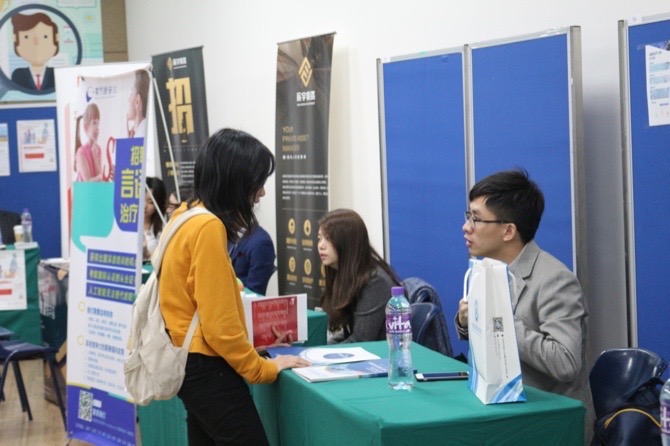 The Macau University of Science and Technology kicked off its annual career day yesterday, inviting some 220 companies and institutions, 62 of which are from Greater Bay Area cities.

He said that the university’s Entrepreneurship and Employment Development Center conducted a follow-up survey of undergraduates who graduated in the 2016/2017 school year.

Liu also announced that earlier this month, the university officially established its medical academy, which was formally announced in September.

The course will start small, recruiting between 35 and 50 students at its inception, most of them coming from local high schools. It will not initially focus on the recruitment of overseas students.

The academy will replace the SAR’s medical internship system and will require medical specialists to undergo an internship of one year, instead of the former six months.

As announced earlier, the academy will offer specialties, including internal medicine, surgery, family medicine and mental health, amongst others.

A committee will be formed to oversee the institution and will be composed of 16 professionals in the medical field, and officials from the city’s hospitals.

Meanwhile, the president also announced that it has unveiled key research themes in the four fields – law, marine, communications and Chinese medicine – with four universities on the mainland. LV