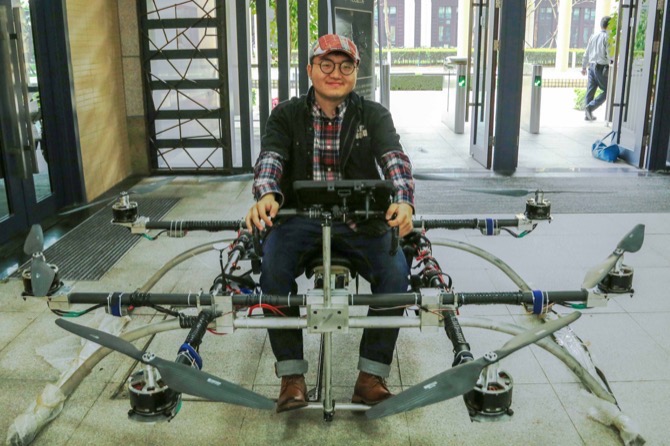 Huber Hu, a fourth-year student at the University of Macau’s (UM) Department of Electromechanical Engineering, Faculty of Science and Technology, along with several other students, has built a light delta-wing aircraft and completed an initial test flight.

Hu believes light delta-wing aircrafts have huge potential in the mainland market, according to a statement from UM, as China gradually opens up its lower altitude airspace for civilian use.

Hu hopes to develop aircrafts that are safer, more reliable and affordable than models that are currently available in the market. The student adds that this aircraft can be remodeled into an unmanned aircraft for short-distance drone deliveries.

Previously, Hu received multiple national and international awards for the radio-controlled all-wing aircraft and the pulsejet engine developed by him. In 2013, he received an Outstanding Design Award at the Massachusetts Institute of Technology’s international conference for inventors.

Hu, who is a current student at UM, has already founded his own company and has developed various innovative products, including the most recent light delta-wing aircraft, which can travel at a maximum speed of 140 kilometers per hour. In case of mechanical malfunction, the aircraft can turn into a non-motorized glider, preventing a fall from the sky.

According to UM, the Faculty of Science and Technology encourages students to explore their interests and to convert research results into commercial products. It says that the Faculty aims to enhance the quality of research in Macau. DB