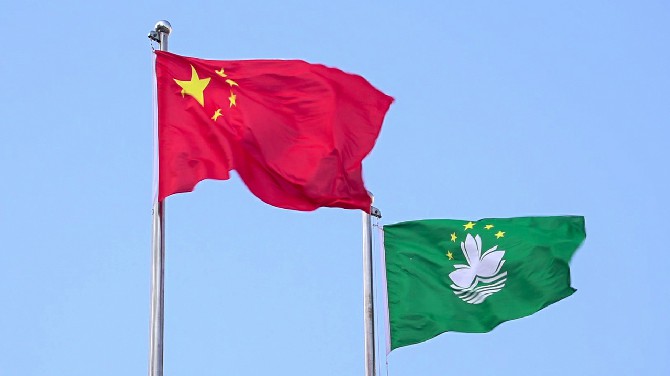 The Legislative Assembly Electoral Affairs Committee (CAEAL) has reiterated that candidates who are not willing to pledge allegiance to the Basic Law and the Macau Special Administrative Region shall be barred from running.
When asked about potential grounds for considering a candidate as not possessing allegiance to the Basic Law and the SAR, Justice Tong Hio Fong, president of the CAEAL, admitted that the actual situation will be considered. He added that stepping on the national flag or the SAR flag “is clearly a sign.”
Meanwhile, he did not give a direct answer as to whether a candidate will be barred if they criticize the Communist Party of China. He only said that the legislative root of the Basic Law is based on the Constitution of China.
He was also asked what will be done to a candidate who declines to pledge their allegiance. Citing the law, Tong said that it is a must for all candidates to pledge their allegiance. They can be barred or disqualified at any time before the Court of Final Appeal confirms the election results, if they are proven to have shown a lack of allegiance.
Interested individuals can sign up for a prospective candidate orientation session that will be held at the Macao Science Center on the evening of March 24. AL