In response to the findings by a U.K. non-governmental organization (NGO) about Macau’s lack of governance in deterring the trade of endangered species, the Macau Economic Services Bureau (DSE) has cited Law No. 2/2017 as the legislation governing the activity, as well as emphasizing its efforts in inspection and law enforcement.

The reply was made to the Times following an inquiry on the matter.

The Times reported yesterday on a 96-page report from the NGO criticizing Macau’s lack of work in combating the trade of wild and endangered species.

The report determined that imports of certain endangered species into Macau had doubled in the past decade, and yet further growth is expected.

It also noted that Macau was found to be the third-largest destination market for shark fins by value. Food establishments that serve shark fin dishes can easily be seen in various districts in Macau. In tourist areas, there are even eateries that focus solely on the dish.

As a result, the NGO is urging the Macau government to implement “stronger legislation, enforcement,” and promote awareness of the situation.

The bureau noted that it was aware of the 96-page report. It also disclosed that “the content of the report is being followed at present.”

All types of endangered species governed by the appendices of CITES, according to the DSE, whether alive, dead, in parts or as derivatives, are covered by the law and its complementary legislation.

The report had offered three suggestions to the Macau government to further the implementation of CITES in Macau, namely the tightening of the relevant laws (which are reportedly lax compared to those in Hong Kong and mainland China), the introduction of better regulation for the shark fin market, and the education of consumers to drive market changes.

The DSE said that regular checks are carried out in co-operation with Customs and the Municipal Affairs Bureau, to ensure the lawful import of goods. The DSE promised to build awareness of the protection of endangered species. AL 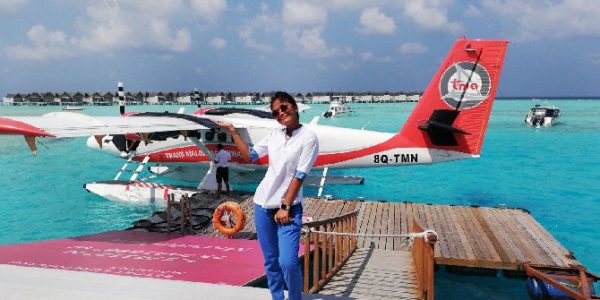