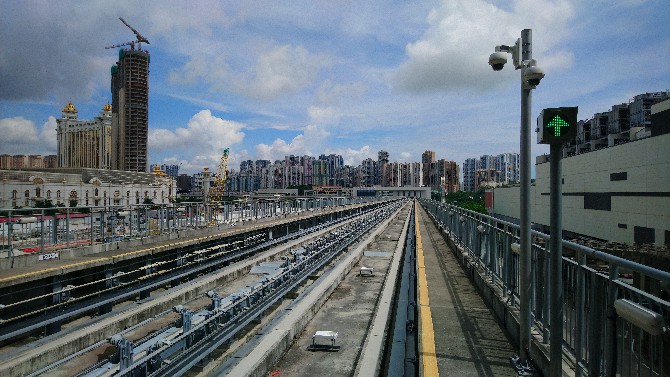 Despite agreeing with the proposed route of the East Line of the Light Rapid Transit (LRT), veteran engineer Lei Hay Ip has asked the government to release more data on the project, such as the pros and cons of its running above or below ground level.
As announced by the government, the LRT East Line will connect the Taipa Ferry Terminal, the New Urban Zone A and the Border Gate, covering a distance of 7.65 kilometers. However, when the project was first announced and the Macao Light Rapid Transit Corporation Limited was questioned about the budget, no detailed information was given.
The government only cited the Hong Kong MTR’s Sha Tin-Central Line and the Beijing Subway’s Line 3 as reference points. The former cost HKD4 billion per kilometer and the latter about HKD1.5 billion.
Lei was not convinced by the government’s examples, saying that the four-fold difference in the two non-local projects provides the general public with no base for comparison.
He also pointed out that global warming is expected to cause more severe tropical cyclones and rainstorms, making flooding a growing problem. The average height above sea level of Zone A is about 4.8 meters, Lei said, compared to 5.8 meters at the border checkpoint land plot of the Hong Kong-Zhuhai-Macau Bridge.
This means that, as per the current plans for an underground LRT East Line, the risk of flooding at Zone A and LRT stations may be high.
Flooding in underground subway stations is not unprecedented. It has happened in many places including Beijing, Hong Kong, New York City and London. Macau’s coastal land is generally low-lying.
At a recent consultation session, the LRT Corp. explained that a flyover route was not suitable for the East Line due to the height clearance of the sea-crossing bridge and the height-climbing ability of railway cars.
Furthermore, the LRT owner explained that running underground would enable the East Rail to operate despite severe weather conditions, which is preferable for the populous northern district.
That said, the East Line will not run along the planned Fourth Macau-Taipa passage, which will be a bridge with four lanes going in both directions, with one reserved for motorbikes.
In addition, the new bridge lies along a flight path and waterway, so it cannot be too high or too low.