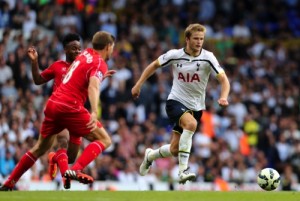 Tottenham is assessing options for a temporary home after announcing a delay in the construction of a new stadium.
The English Premier League club will move away from White Hart Lane for a season to shorten the time required to build the new stadium adjacent to the current site.
Tottenham says the planned 56,250-capacity stadium will not be ready in time for the start of the 2017-18 season.
Among the options reported for a temporary home are the London Olympic Stadium in east London, which will be used by West Ham from 2016, and the MK Dons stadium in Milton Keynes, which is more than an hour’s drive north of White Hart Lane.
Spurs say “we are currently undertaking due diligence on alternative stadium options.”