EU, Brexit of interest to China as it seeks to bolster Greater Bay project 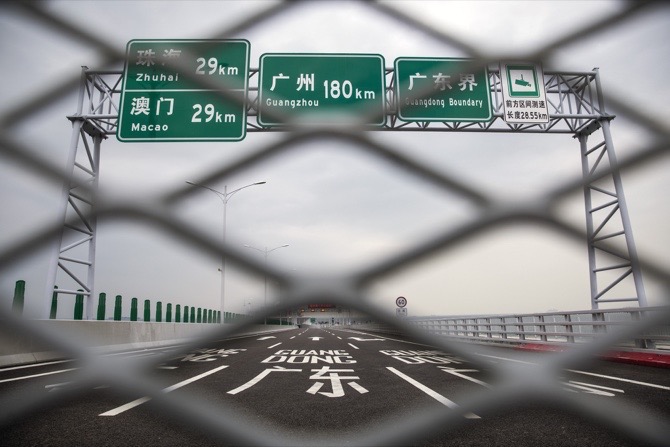 Chinese researchers are watching the U.K.’s impending exit from the European Union to see what kind of arrangements are put into place to allow regions with separate economic and regulatory policies to have an integrated financial market.

The future of the U.K. as a European financial services hub after Brexit is of interest as China seeks to develop a cross-border economic union of Hong Kong, Macau, and cities in Guangdong province, according to Xing Yujing, the head of the People’s Bank of China’s Shenzhen Central sub-branch.

The Greater Bay Area is a conurbation of 70 million people and is intended by the central government in Beijing to become a high-tech megalopolis rivaling California’s Silicon Valley. A blueprint for that goal was released last month, though it said little about how to enable business and financial flows across such a complex region.

The U.K.’s financial role in Europe was built on being part of the same jurisdiction – the European Union. How that sector survives once the U.K. leaves the EU is relevant for China’s thinking about the Greater Bay Area, according to Xing, given that China wants Hong Kong’s role as a financial hub to continue within the new structure.

Over the longer-term, Europe is an effective example with regard to the flow of people and services, as the Schengen area streamlines exchanges between non-euro and euro area nations. The EU’s passporting mechanism that allows financial services firms registered in one EU country to provide services in any other nation is also good reference, and research on building that mechanism should get started, Xing said.

By referencing the European Union’s existing methods of integrating multiple countries through the “three freedoms” principle for the movement of people, goods and capital, the PBOC is signaling the scale of ambition for the Bay Area – though China is unlikely to soften the hard borders that exist between the three jurisdictions any time soon.

China’s currency is also protected by capital controls, but Xing and her fellow researchers found that a more market-oriented and free exchange rate can benefit regional growth in the long run, despite creating short-term pressures for the economy.

A certain degree of autonomy on financial innovation is needed in the region, such as a quota within which capital can flow freely across borders, the research suggested. Bloomberg