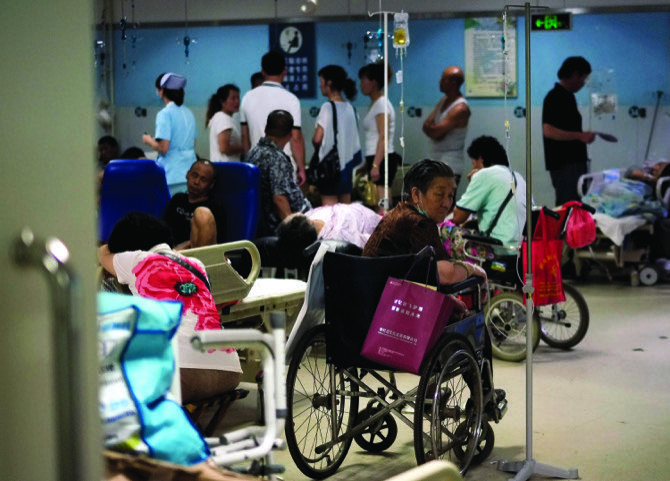 Yesterday, the Executive Council (ExCo) completed its discussion on the amendment of two administrative regulation drafts and one draft law. These drafts are related to drugs, education subsidies, and healthcare coupons.

The budget for healthcare coupons for 2019 is MOP415.2 million, according to the amendment of the administrative regulation of the subsidy scheme for 2019 healthcare.

Every beneficiary will receive 600 Macau patacas as a healthcare subsidy.

The coupon distribution will start on May 1 and last until April 30, 2020.

This year, the coupons will be issued electronically. Starting from this year, beneficiaries will no longer need to show paper coupons. They will only need to present their permanent resident ID card to the relevant clinic when they wish to use the coupons.

The coupons can be fully or partially transferred to a spouse, and to other immediate relatives who are permanent Macau residents.

The healthcare coupon scheme was first launched in 2009. For eight consecutive years, more than 80 percent of Macau permanent residents obtained coupons, with 90 percent of the coupons eventually being used.

From 2009 until now, the government has registered a total of 697 violations of coupon usage. The concerned parties involved in 69 of these violations were prosecuted. About 48 individuals or organizations had their eligibility for healthcare coupons revoked.

In two other cases, the concerned individuals used the coupons of their late relatives. The violators were fined.

MORE DRUGS TO BE BANNED

The amendment of the regulation banning the illegal production, sale and consumption of anesthetics and psychoactive drugs proposes to ban 21 additional substances.

These substances include seven types of Fentanyl and two types of Prodrug.

According to ExCo spokesperson Leong Heng Teng, the newly listed substances may cause harm such as dizziness, respiratory depression, rapid heartbeat, epilepsy and hallucinations, among other symptoms.

This batch of recently banned drugs was listed by the United Nations in 2017 and 2018 as restricted substances, together with three other types of substances that are already restricted by the city’s drug law.

The eligible students must have been enrolled in non-tertiary schools in Guangdong before March 31, 2019, and they must not be benefitting from Macau’s local free education and tuition subsidy.

The maximum subsidy for primary, middle and high schools is MOP6,000. For pre-school, the value is MOP8,000.

The subsidy budget for this year is estimated to be MOP30 million.

Furthermore, according to Guangdong’s most recent policy, the SAR’s students can enroll in Guangdong’s public schools, with the requirement for SAR residents being the same as those for Guangdong residents.