‘Eyes in the Sky’ costs 104,000 patacas per case investigated 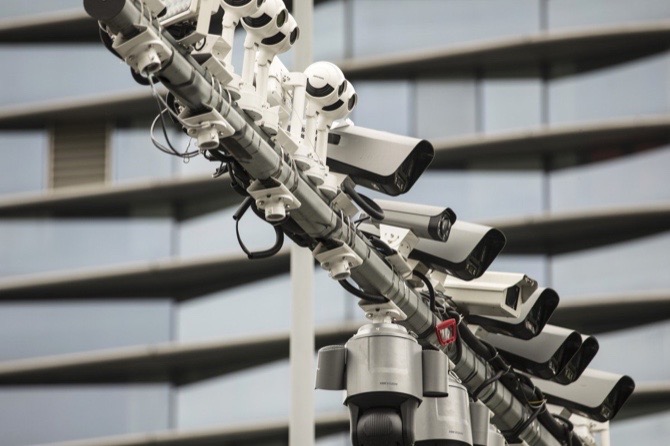 The “Eyes in the Sky” surveillance system introduced in 2016 by security forces in Macau has so far cost the public purse a total of MOP282 million, the Unitary Police Service (SPU) has revealed in a written reply to the Times. The costs tallied so far account for the program’s first four phases, which are due to conclude in the first quarter of 2020.

In reply to the Times, Commissioner Joe Cheong added that from September 15, 2016 (the date that the system entered in operation) to May 31, 2019, a total of 2,701 cases made use of surveillance footage from the system in the course of their investigations.

The figures represent a current cost per case of over MOP104,000.

Moreover, the cost per case is not likely to fall in the short and medium-term as more investments are already planned between now and 2023.

Based on the figures presented by the SPU, each camera installed during the first four phases cost the public purse MOP173,768.

However, the deadline for the end of the fourth phase of implementation (the first quarter of 2020) is not the final deadline, the SPU said. At least two more phases have been planned, with a fifth phase to be implemented in 2022, and more cameras to be put in place during the sixth phase scheduled for the following year.

According to the plan for the first four phases of “Eyes in the Sky,” the project includes the installation of 1,620 cameras at different locations across Macau.

The first phase comprised of the installation of 219 cameras in the vicinities of the eight border checkpoints of Macau. During the second phase, a total of 263 cameras were installed along main roads and at traffic hubs. In the third phase, 338 cameras were installed in “public security black spots,” tourist attractions and facilities of high importance.

The fourth phase is currently taking place and involves the installation of 800 cameras to be placed “in quiet locations and places where security risks exist,” according to the SPU.

This phase has a longer implementation period of about two years, starting from February 21, 2018.

Speaking to the Times, the SPU noted that “when the cameras in all four phases are put into use, the overall layout of the cameras of ‘Eyes in the Sky’ will be basically completed.”

According to the latest update to the plan, the installation of 980 additional cameras is scheduled for the fifth and sixth phases, aiming to “strengthen the deployment of cameras in specific zones, and to enhance the effective use of the system,” as well as “deepening and extending the overall layout of the cameras in this project.”

The SPU stated that “Eyes in the Sky” will assist police forces effectively and instantaneously in their search for evidence when investigating different types of cases.

The department added that the surveillance system could improve the efficiency of investigations and could help “in an overall manner” in preventing and fighting crime.
Questioned on the topic, the SPU revealed that the 2,701 cases in which use of the system was recorded were related to robbery, pickpocketing, theft, arson, drug trafficking, illegal possession of prohibited weapons, assault, appropriation of lost items and fraud, among others.

Nonetheless, reports from the daily joint press conferences organized by the police forces have demonstrated that police have continued make use of surveillance footage from shops and private buildings in order to obtain proof or identify suspects of several crimes occurring in Macau.