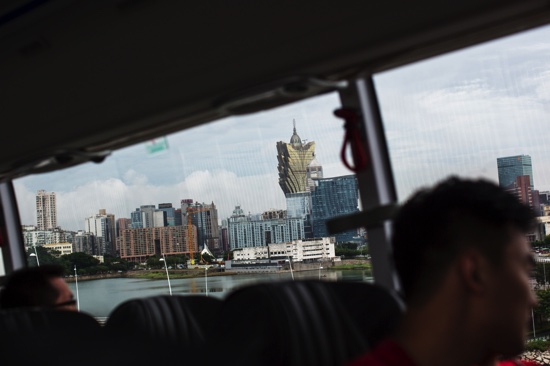 Trang has spent most of her career working abroad. Boosting over 20 years of international work experience, she moved to Macau two years ago with her family but soon realized that working wouldn’t be an option here while she’s under her husband’s blue card.
Macau’s law allows spouses of blue card holders and temporary Macau ID holders to live here under a special stay permit. For blue card holders, only those hired as skilled workers and whose salaries prove sufficient to provide for their families are allowed to bring children and spouses to live here.
These regulations are particularly difficult for the spouses of blue card holders, who are not allowed to work in Macau due to the conditions of their special stay permit.
Trang, who wishes to go by her first name only, says that applying for a blue card of her own might be too challenging: “The company needs to have a quota, because even if I am living here, I’m not considered local.” Meanwhile, having to bring up three kids has also contributed to her decision not to search for employment at the moment.
Although she understands that the government’s intention is to secure jobs first and foremost for locals, Trang recalled that in Singapore, spouses under a dependent visa are still allowed to work if they apply for special authorization from the Ministry of Manpower.
As a result, Trang believes that there’s a waste of existing human resources in Macau. Companies who must adhere to quotas restricting how many foreign workers they can take in could be allowed to hire, for instance, blue card holders’ spouses who already live in the city, she suggested.
“A lot of my girlfriends… they are talented people but they can’t work. By not giving them a chance, the government is wasting the region’s available resources. I have an MBA, and 20 years of international work experience. I have a friend who’s a qualified English teacher – many qualifications that Macau needs,” she stressed.
Although residing in the city, blue card holders’ spouses say they often feel like outsiders. They are not given any identification documents. They’re only provided with a stamp on their passport – a simple special stay permit.
They encounter what some would call small challenges when compared with more serious hurdles other migrants are faced with in Macau. The simple act of opening a bank account is rather tricky: the attacheé may need authorization from the blue card holder.
“It was quite hard, because I had to bring my husband to the bank. I cannot have a checkbook. I cannot have a credit card,” said Trang.
Going through immigration queues at ferry terminals and the airport is another small hassle that makes some feel as though they’re not really at home even when they are.
“For those of us who have been living here for over two years and will be living here for a couple more years, we still feel like outsiders, because we don’t have that little ID,” she recalled. 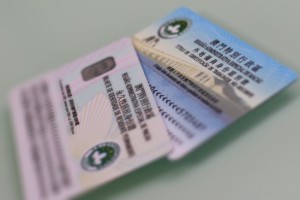 The Social Welfare Bureau (IAS) has told the Times that they provide financial support for organizations working to attend to the needs of non-
resident workers. “We have offered financial aid to social service institutions providing a variety of services to non-resident employees, including a hotline in English [provided by Caritas], group activities, case follow-up, and counseling,” IAS said in a reply to The Times.
According to Macau’s law, special stay permits are granted to direct family members of specialized employees who hold a blue card. Stay permits are granted for the same period of time as their related blue cards.
The regulations clearly state that spouses who are granted a stay permit through their husband or wife’s blue card are not allowed to work in Macau, “except in legally approved situations.”
The Times knows that some blue card holders’ spouses had also been told that they could not volunteer, either. We sought a comment from the Public Security Police Force, also requesting recent figures regarding the number of blue card holders’ spouses currently living in Macau, but did not receive an answer by press time.