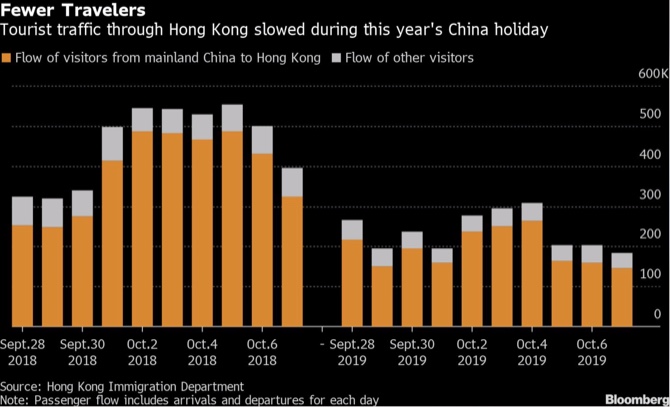 The slowdown in tourism represents one of the many setbacks facing the city as it grapples with the effects of months-long protests, as flows of visitors from other parts of the world also declined.

At the same time, residents of mainland China generally engaged in less overseas travel this year amid a weaker economy and currency, an earlier report showed.

Macau proved largely immune, as the Times reported yesterday. According to data provided by the Public Security Police Force, which oversees immigration matters, the city received 11.5% more visitors during this year’s Golden Week, taking the number of arrivals to 985,000.

The government said that the rise was in line with its expectations, and was in part due to the influence of the Hong Kong-Zhuhai-Macau Bridge, which opened only in late October 2018. DB/Bloomberg