Filipinos dropping out of the workforce benefit economy 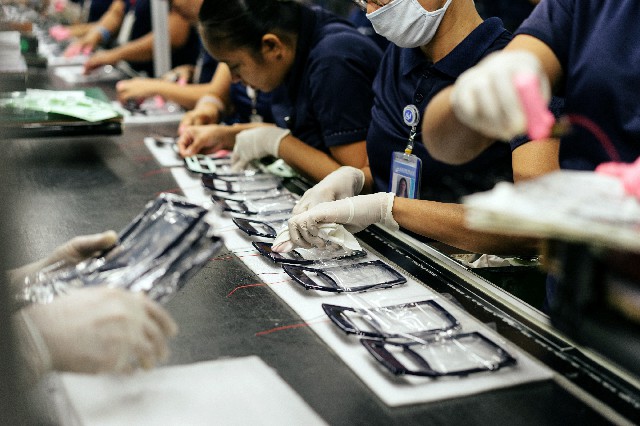 Low unemployment in the Philippines may be masking the fact that more people are opting not to work – and preferring to stay in school for longer.
The jobless rate has been fairly steady around 5% for more than a year, down from 6.6% two years ago. A closer look at the data shows more than 750,000 Filipinos aged 15 or above dropped out of the labor force last year. That means some 28 million people – about 40% of the working-age population – aren’t employed and aren’t looking for jobs.
“Most of the youth stayed out of the labor force,” Economic Planning Secretary Ernesto Pernia told reporters in Manila. “Boys cited staying in school as their reason for not working.”
At first glance, that would seem like a major drag on growth. But a better-educated workforce would be a significant boost down the line for a country that counts population size as a major driver of its economy.
Traditionally, young Filipino men have worked without pay on family farms or earn meager salaries for manual labor at construction sites, markets or ports.
The number of men aged 15-24 who were not in the labor force – and which would include students – increased by 1.25 million between 2010 and 2018, according to the statistics agency. At the same time, the number of females joining the labor force climbed: About 1 million more young women actively looked for employment or had joined the workforce in 2018 compared to 2010.
Families may be keeping their sons in school longer as they benefit from a decade-old government cash-transfer program, as well as free tuition at technical schools and state colleges, said Emilio Neri, a senior economist at Bank of the Philippine Islands in Manila.
“All of those efforts led to more students gaining more access to tertiary and technical or vocational” education, he said.
In addition, high schools – which used to end at 10th grade – added two extra years of studies several years ago. That may have kept young people out of the workforce for longer, but wouldn’t have stopped some families from taking teens out of school and sending them to work if necessary.
Among Filipino men, 21% have undertaken college or other post-secondary education, compared to 25% of women, the latest data from the statistics agency show. Most male students in tertiary education are studying information technology, while most women are in business administration and related fields.
There are signs that the programs are slowly translating to a better-educated labor force.
“It’s to the country’s advantage to make the best of the increasing labor force to boost economic output,” Pernia said, adding that the government intends to invest more in educational programs.
Better education and training will surely deepen the available talent pool. But the key test will be whether the economy can create enough jobs outside service industries like tourism and call centers.
“The challenge is really to continue generating the opportunities for higher-skilled workers,” Neri said. Siegfrid Alegado, Bloomberg