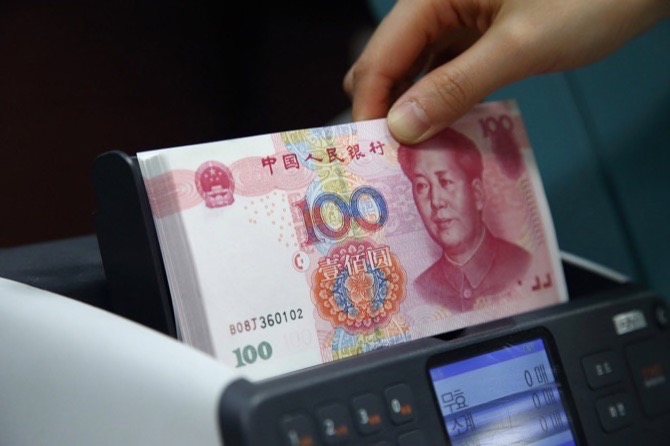 Speaking at a ceremony held at the Macau Government Headquarters to mark the issuance of the bonds, Beijing’s vice minister of Finance, Zhou Jiayi, said the central government’s decision to issue the bonds in Macau was a “major step not only to support the SAR’s specialized financial services, but also to facilitate the city’s effort towards adequate economic diversification.”

Zhou also said that the bonds were also a gift from the central government to mark the 20th anniversary of establishment of the Macau SAR, as cited in a statement issued by the Government Information Bureau.

“It’s a measure to support Macau in developing its financial sector, with its own characteristics and through the policy, we can push the formalities to register the issuing and subscription of bonds to enrich the financial infrastructure of Macau,” she said.

The official pointed out that local financial infrastructure would play a role in relation to formulating the bonds’ subscription pricing, their clearance via placing banks, and their trading on the secondary market.

Meanwhile, according to Chief Executive Chui Sai On, the issuance of the bonds – which is a first in Macau – marked a new phase of development for the city’s financial services.

Chui said the issuance of the bonds was an important initiative in terms of advancing progress of renminbi business in the SAR.

“The bonds would appeal not only to corporate investors but would also provide the Macau public with an option for prudent investment,” he said.

During his speech, Chui also shared his visions for developing “specialized financial services” in Macau while complementing the city’s commercial and trade cooperation service platform between China and Portuguese-speaking countries.

Both Chui and Zhou also held a meeting at the Government Headquarters to exchange views on how to advance the SAR’s economic diversification and for developing specialized financial services in the city prior to the ceremony. LV