Fitch ratings | Amid concession uncertainty, Western operators will not be ‘treated differently’ 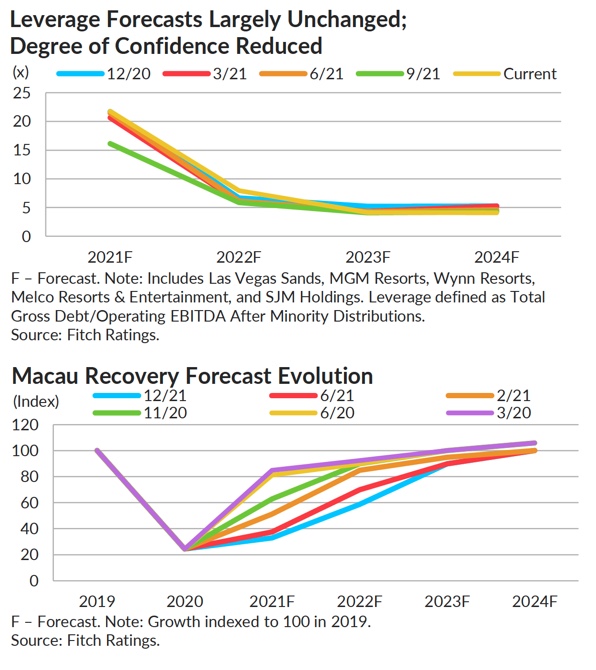 There is no obvious evidence yet that Western-controlled Macau gaming operators will be treated differently by the mainland government, according to a report issued by Fitch Ratings.

The American credit rating agency noted that the operating subsidiaries, who are large local employers, are ultimately owned by Hong Kong listed public entities and have invested “tens of billions of U.S. dollars in capital and consistently promoted the government’s social goals.”

The presence of influential local and Chinese figures on the Hong Kong listed boards of directors, such as Pansy Ho for MGM China, also play a part.

Macau is currently grappling with the issue of concession renewals, with the Chief Executive not ruling out the possibility of extending the expiry date of licenses as the gaming law amendment process remains ongoing. No updates have been issued following the release of the public consultation report on the gaming law amendment, as the law is currently being drafted.

However, “the tone of the consultation summary report supports Fitch’s underlying assumption that the process will take a pragmatic approach and be resolved by the expiration date,” the firm stated.

Meanwhile, SAR is also grappling with the problem of tourism recovery, and junket and VIP headwinds following the arrest of junket mogul Alvin Chau over illicit gambling and money laundering charges.

Experts have previously told the Times that the high-profile arrest, along with Suncity’s subsequent closure in December 2021, suggests that the Beijing and Macau governments will no longer allow the junket model to continue operating in its current form and will act to prevent wide-scale infringement of Chinese capital controls.

Noting these factors, Fitch Ratings placed Macau operators and their respective credit complexes on Rating Watch Negative (RWN) back in December, given the imminent regulatory risk arising from the expiration of gaming concessions on June 26.

However, the firm expects further clarity to emerge this year in relation to these regulatory issues (although this is not guaranteed) and the sustainability of mainland Chinese visitors.

Fitch is confident that Macau operators have been supportive of broader local policy goals, adding that these operators have ensured employment throughout the pandemic “despite meaningfully reduced revenue and paying billions in US dollar-equivalent gaming taxes over the years.”

Although operators have been given a RWN, Fitch said it will “look to resolve the RWNs once the government clarifies the new concession regulatory environment and there is greater certainty that an existing concessionaire has secured a new concession.”

Until there is greater certainty on these two items, the RWN will likely remain appropriate, the firm added.

Macau gaming operators have bet on a slow recovery from the pandemic. With the zero-Covid policy that both Macau and Hong Kong adopted from Beijing, 2022 visitor prospects remain extremely volatile given the temporary lockdowns that will occur whenever a Covid case arises.

According to Fitch, meaningful outbound Chinese travel should not be expected until at least 2023, given the pursuit of a zero-Covid policy, ongoing risk of new variants, and key political events in 2022. This includes Beijing’s Winter Olympics in February and the 2022 Chinese Communist Party National Party Congress set for autumn.

“The reputational risk of abandoning such a policy ahead of key events that attract international media is likely too great,” the firm added.

Notably, the SARs have adopted China’s strict health codes and further travel integration is expected during 2022. Since Macau’s borders have remained closed except for visitors from mainland China and Hong Kong, Fitch has stressed that frictionless and quarantine-free travel would be a material positive for the gaming industry.