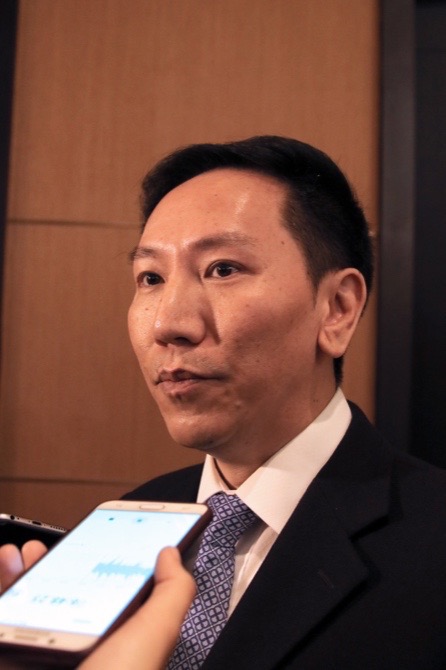 Appointed lawmaker Davis Fong forecasts that the gaming license concessions that are set to expire by 2020 will be extended to 2022 in order to be fair to all competitors and, at the same time, give enough time for the government to enact changes in gaming laws. According to Fong, who is also a scholar with expertise in the gaming sector, those changes will not just be “small adjustments.”

Speaking this week on the sidelines of the Legislative Assembly (AL) Spring Lunch, Fong speculated that “maybe it is a good idea to [extend] the contracts that are to expire in 2020 to 2022, in order to have all the six runners onboard. […] At the same time, the government should propose the revision of the law, giving more time to the AL as well as to general public to discuss the details of such revision.”

In Fong’s opinion, since the changes to be enacted are likely to be “major ones” it would be a “good idea to start working on that law from start of the second year of this legislature, that is, from October this year. I think [that] is a good time,” he said.

The lawmaker observed that this is a law that needs time and proper discussion, noting that this is “very important for Macau as [it reflects] on the economic pillar, and based on [previous] experience we would have a major revision rather than a minor revision [of the law].”

Questioned about whether the two-year extension would provide enough time to produce and discuss such a law, Fong said, “even if it is not [enough  time] due to any external factor, actually the Chief Executive has the right to extend.”

Regarding whether the changes to be enacted would be related to the number of concessionaires, Fong said, “The industry has been performing well as it is, [and the proof of that] was last year’s growth by 14 percent in GGR [Gross Gaming Revenue].” Fong added that the number of visitors is also still growing and the occupancy rate of the hotel industry has been over 90 percent, figures that, in his opinion, show that the industry is running well.

Still, the current system of concessions and sub-concessions should not be the only topic addressed, Fong said, suggesting also the “junket issue,” which proposes to incorporate the junket law into the gaming law to make it more “healthy.”

Another of the major points to address would be to specify in legal terms what the concessionaires should or should not do in terms of “non-gaming,” as “the government has urged operators to develop more non-gaming avenues. However, based on the old law, there is no such specification on non-gaming requirements.”

According to Fong, the new law should also address more clearly operators’ corporate social responsibility, which “is the most urgent need from the public and that in the old law there is no such detail.”