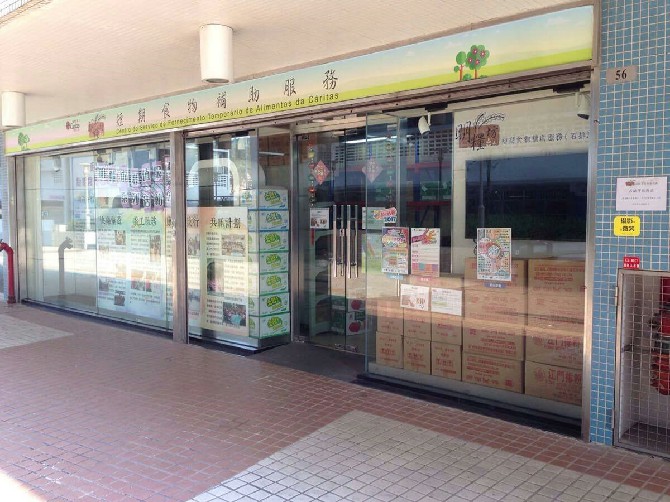 The Caritas Macau’s food bank recorded an 11% increase to reach a total of 4,698 applications to its food bank last year, amid the Covid-19 pandemic outbreak which affected families, leading many to face unemployment, secretary-general Paul Pun said.
This year, a total of 1,075 applications for food assistance were received in the first three months of this year, of which 15% were new applications.
“The increase in food assistance was due to the fact that people began to lose their jobs during the peak of the Covid-19 pandemic. […] I believe the food bank can relieve residents’ life pressure to a certain extent,” Pun said.
Although the number of applications this quarter has decreased when compared to the same period last year, Pun said that the number of applicants is still more than what was recorded pre-pandemic.
Speaking on the issue of stranded non-resident workers in the region who are not able to return home due to the absence of flights to their home countries, Pun noted that on average, over 400 non-resident workers seek their help every month.
According to its data, Pun said that there were over 1,600 non-residents who have already sought help.
“Recently, some unemployed migrants will come so we will try to find the resources to meet their basic needs, as well as for newborn babies. Hopefully, someone will give the financial support for [unemployed] mothers to have pre-natal check up,” said the official.
The supply process for the food bank is similar to government procurement processes. Caritas Macau opens different tenders for different types of foods. Companies winning the tender handle the relevant foodstuff.
Money for the procurement comes from the government, which classifies it as an investment in social welfare. However, this monetary support only covers local residents.
Non-residents, therefore, are not covered by the mainstream channel. However, there are other means for them to receive help. The majority of help provided by the food bank to migrant workers in need is sponsored or donated by the private sector and individual residents.
Migrant association groups are also continuing to assist their fellow compatriots, many of which are also sponsored by private individuals.
As the Times has previously reported, there was also a local-based family running a campaign to raise public awareness about the suffering faced by stranded workers who have been laid off by local enterprises, hotels and casinos, and to show them that “society does really care about them.”
Official data shows that the general unemployment rate for December 2020 to February 2021 was 2.9% and the unemployment rate of local residents was 3.9%.
The number of the unemployed increased by 600 from the previous period to 11,500. The majority of those searching for a new job were previously engaged in Gaming & Junket Activities and in the construction sector.