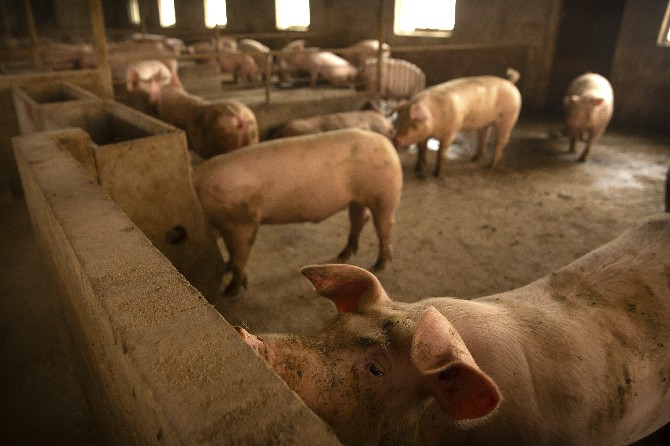 A task force of importers, exporters and retailers in the food sector known as the Interdepartmental Working Group on Food Prices has said it is paying particular attention to the quality and prices of live pigs in the Macau SAR over the Chinese Lunar New Year period.
Its meeting comes in response to the outbreak of African swine fever last year, which caused a notable reduction in the global pork supply.
The working group, which also includes representatives of the Directorate of Economic Services, the Municipal Affairs Bureau and the Consumer Council, convened yesterday to discuss the supply, quality and prices of food products ahead of the Chinese Lunar New Year period at the end of January.
In a statement posted on the government news portal, the working group said it was aware of the recent increase in the supply of live pigs in mainland China, where prices have recently fallen. It called on industry operators and retailers to stabilize fresh food prices.
Currently, the wholesale price of imported live pigs is 2,830 patacas per picul, a traditional Asian unit of weight equal to about 60 kilograms.
The current quantity of live pigs is sufficient for meeting Macau’s daily needs, but due to the lack of piglets last year, the supply of live pigs over the next two months will be tight, implying there will be some pressure in supply and therefore price.
One-third of China’s pig population was culled in response to last year’s African swine fever outbreak, equal to about 100 million pigs from the world’s largest pork market.
A staple of Chinese cuisine, analysts had warned its scarcity could damage the country’s social stability. In September last year, the Chinese government tapped into pork reserves to remedy the shortage.
Currently, just two pig farms in the province of Guangdong are qualified to export pigs to Macau. The working group notes that this constitutes some supply risk and advises the government that more producers should be accredited to supply the special administrative region in future.
In the meantime, the pig distributors say they will be “highly responsive to the demands of the governments of the two regions” and will work to devise contingency plans to ensure the supply of live pigs in Macau during the Chinese Lunar New Year period.
The quality of the pork was also addressed at the meeting as it has been criticized by some customers for its excessive fat content.
Retailers at yesterday’s meeting said that the fat content of the animals was hindering sales and affecting the sector’s business. Wholesalers said this problem only affected a small minority of the pigs and that they were largely “individual cases.” DB