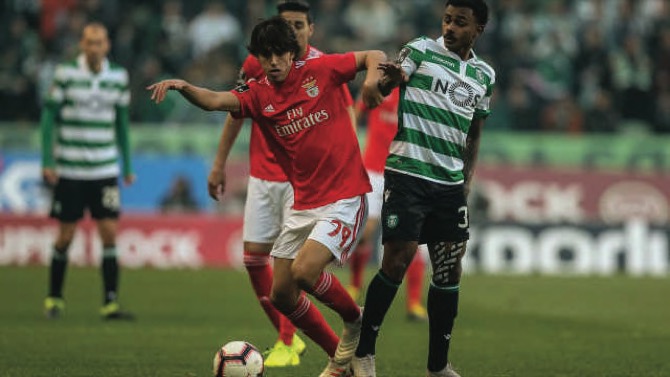 Bruno Fernandes and Bas Dost scored for the hosts.

Defending champion Porto lost ground at the top after being held to a 0-0 draw at Guimaraes.

Sporting is in fourth place, 11 points off the lead after 20 matches.

Third-placed Braga, which won 2-0 at Desportivo Aves over the weekend, is one point behind Benfica and four points behind Porto.