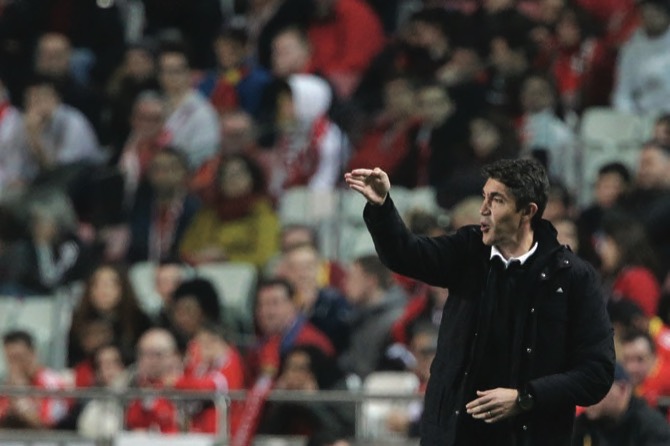 Benfica came from behind for a memorable 2-1 win away to arch-rivals Porto yesterday [Macau time] which allowed them to leapfrog their opponents and go top of the Primeira Liga.

It was their ninth straight league win since Bruno Lage replaced Rui Vitoria as coach, a run which has seen them score 35 goals and turn a seven-point deficit against Porto into a two- point advantage.

Porto went ahead in the 18th minute, Adrian Lopez scoring at the second attempt after his free kick went into the Benfica wall and rebounded straight to him.

His shot evaded a Porto player who was in an offside position but ruled not to be interfering with play after a VAR review.

Porto paid for more sloppy defending seven minutes after the break when they missed a chance to clear the ball which instead fell to Rafa Silva who played a quick one-two and scored with a snooker shot from the edge of the penalty area.

Benfica held on despite have Gabriel Appelt sent off in the 78th minute after he was shown two yellow cards in quick succession.

Benfica, fourth when Lage took over at the start of January, lead with 59 points, two more than Porto, who had not lost in their last 16 league games – their previous defeat also having come against Benfica. MDT/ESPN