Football | ‘Big Sam’ pulls off another stunner at Anfield in EPL 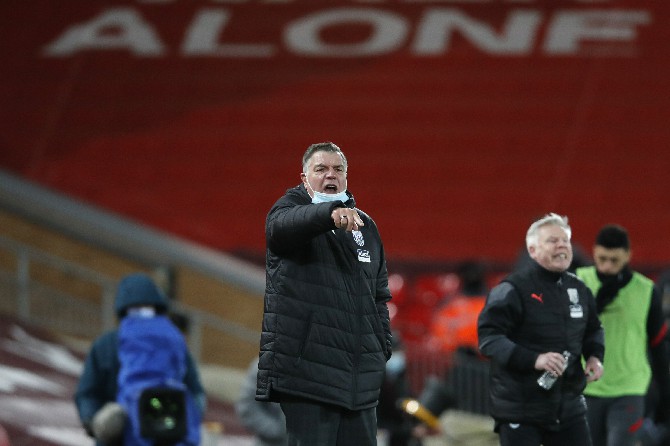 A trip to Anfield has become the most daunting match in English soccer.
Unless, that is, you are Sam Allardyce.
“Big Sam” — as he is widely known — pulled off another masterstroke Sunday, guiding likely relegation contender West Bromwich Albion to a 1-1 draw at Liverpool as the champions dropped points at home for the first time in their Premier League title defense.
It was only Allardyce’s second match in charge of West Brom since taking over, for his first managerial job in 18 months, with the team in the relegation zone.
Go back to April 2017 and it was Allardyce who led Crystal Palace to a 2-1 win over Liverpool at Anfield. That remains the last time Liverpool lost a league game at home.
Indeed, Allardyce is unbeaten in each of his last four league games at Anfield. They have all been with different clubs — Sunderland, Palace, Everton and now West Brom — with a short and ill-fated spell as England coach coming in between.
“We kept a tight ship all the way through,” said Allardyce, who is out to prove once again why he has a status as the survival specialist in English soccer.
Liverpool had won its first seven home matches in the league this season, and was on its way to an eighth when Sadio Mane controlled on his chest a pass from Joel Matip, swiveled and struck a fierce low shot into the corner in the 12th minute.
That, though, was one of only two shots on target all match from Jürgen Klopp’s side, which was suffocated by Allardyce’s deep defensive set-up. It wasn’t unusual to see West Brom have 10 men behind the ball, the next-to-last visitors finishing the match having had just 22% possession.
And from one of West Brom’s rare forays forward, a cross came over from the right and Semi Ajayi climbed above Fabinho to send a header into the net off the post in the 82nd.
“People will say we are lucky,” Allardyce said, “but that was good application from the players and they took their opportunity at the other end.”
Liverpool is still on course to retain the title, sitting in first place with a three-point lead — over Merseyside neighbor Everton — after playing 15 games.
But Klopp’s defensive problems mounted when Matip hobbled off with a left adductor injury in the 60th. He was Liverpool’s only fit senior center back, with Virgil van Dijk and Joe Gomez out with long-term injuries.
“It is not a game we will talk about in 20 years,” a disgruntled Klopp said.

Wolves striker Raul Jimenez made a welcome return to Molineux for the first time since sustaining a fractured skull. He watched from the stands as teammate Romain Saiss scored an 86th-minute equalizer to secure a 1-1 draw against Tottenham.
Mexico international Jimenez hasn’t attended a Wolves game since he was injured in a clash of heads playing for the team in a match at Arsenal on Nov. 29.
Wolves conceded after just 57 seconds, when Tanguy Ndombele smashed a low shot from 20 meters past Wolves goalkeeper Rui Patricio.
Saiss snatched a point for the hosts by heading in a corner from Pedro Neto.
Wolves manager Nuno Espirito Santo has refused to give a timeframe for Jimenez’s possible return to action.
By conceding, Tottenham missed a chance to move into third place, instead climbing to fifth and six points behind Liverpool. STEVE DOUGLAS, AP