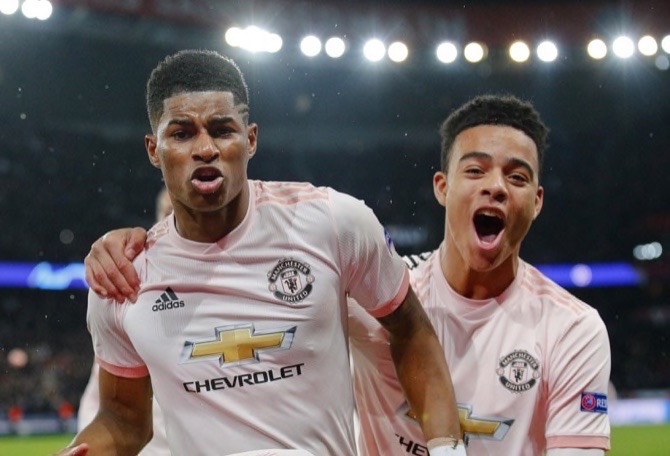 A new generation of Manchester United players will have to get through Barcelona to win the Champions League.

And Lionel Messi will still be there.

United was drawn last week to face Barcelona in the Champions League quarterfinals, hosting the first leg on April 10.

Tottenham was drawn to face Manchester City in an all-English pairing, Liverpool will face Porto, and Ajax will meet Juventus. The first legs will be played on April 9-10, with the return games on April 16-17.

Messi scored the last two times the teams met — in the Champions League finals of 2009 and 2011. The 31-year-old Barcelona forward is also the leading scorer in this season’s competition with eight goals.

Barcelona defender Gerard Pique also played in the two finals against Man United, where he spent four years early in his career.

“I’m coming back to my second home. @ManUtd,” Pique wrote on Twitter.

Not all the memories are bad for Man United, however.

In the 2008 semifinals, United beat Barcelona before winning its third title. And it was at Camp Nou that current manager Ole Gunnar Solskjaer scored the late, title-winning goal in 1999, against Bayern Munich.

Four English teams reached the last eight for the first time in 10 years, though only one national derby was drawn.

Tottenham will host Man City in the first leg on April 9, which could be played at Wembley Stadium or at the north London club’s soon- to-be-completed new arena. They also play in the Premier League in Manchester less than three days after the second leg.

That pairing brought together the only two quarterfinalists who have never been European champion. The other six have won a combined 21 titles.

Five-time champion Liverpool got a rematch against Porto, the team it beat in the last 16 last season. Back then, Liverpool won 5-0 in Portugal to start its route to the final.

“We know how good we had to be last year,” said Liverpool coach Juergen Klopp, dismissing talk of his team getting the easiest opponent. “I could not be further away from thinking it’s the best draw because it isn’t.”

Liverpool, which lost in last year’s final to Real Madrid, will host Porto in the first leg on April 9.

Ajax will play Juventus, first in Amsterdam on April 10, in a rematch of two previous finals. Ajax won in 1973, the third of its four European titles, and Juventus won its second title in 1996.

Last year, Cristiano Ronaldo was bought by Juventus, a team which has lost two finals in the past four years, to end that 23-year wait. Graham Dunbar, Nyon, AP