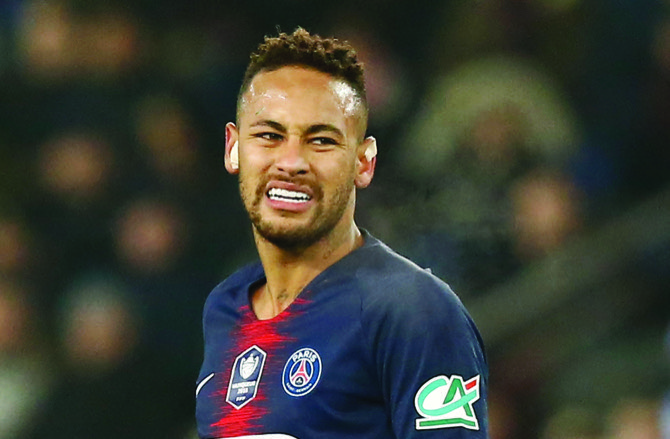 Neymar needs further medical tests next week to determine how best to treat his latest right foot injury, and assess how long he will be out for.

The Paris Saint-Germain forward sustained the injury in a French Cup game against Strasbourg on Tuesday . Initial tests showed a recurrence of a problem with the fifth metatarsal in the right foot which he fractured almost exactly one year ago playing against Marseille.

“He has started getting treatment, we need to wait until next week. His treatment will depend on how the injury develops in the next few days,” PSG coach Thomas Tuchel said Saturday at a news conference ahead of Sunday’s league game against Rennes. “It’s too early to say for Neymar.” It is Neymar’s third injury in a calendar year.

In February of last year, Neymar cracked the fifth metatarsal in his right foot, and he underwent surgery back home in Brazil. Although he recovered in time for the World Cup, he was not at his best in Russia. Then, Neymar was substituted with a groin injury during the first half of Brazil’s friendly against Cameroon on Nov. 20.

A huge game is coming up for PSG against Manchester United on Feb. 12. Tuchel is sweating on the fitness of Neymar, the world’s most expensive player when he cost 222 million euros (USD253 million) from Barcelona, and key midfielder Marco Verratti.

“The fact Neymar and Marco are injured is a sad situation for us,” Tuchel said. “We need to find solutions, collectively, so that we carry on winning.”

Tuchel avoided talking with Neymar about his injury when he saw the star forward on Friday, because “he is feeling sad.” AP