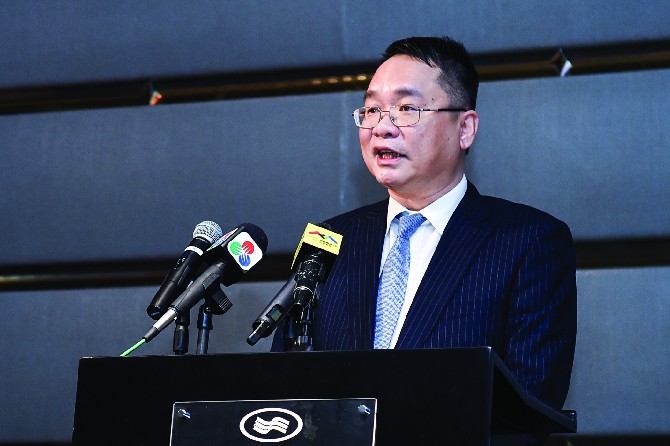 Victor Chan, the former director of the Government Information Bureau (GCS), was assigned the role of director at Macao Investment and Development Limited yesterday, following his take-up of a new advisory post at the Secretariat for Economy and Finance, which also commenced yesterday.
The publicly-owned company has a business scope that covers “the conception, management and exploration of space for the establishment of companies and non-entrepreneurial entities, particularly the acquisition, construction, promotion, transfer or leasing of the space as well as the direct or indirect supportive services providing to the clients,” according to its official introduction.
The company is set up to foster regional cooperation and initiate investment projects, among other things.
The Macau government has a 94% stake in the company, while the Industrial and Commercial Development Fund has a 3% stake, as does the Macao Trade and Investment Promotion Institute.
Victor Chan’s old position at the GCS was assigned to Inês Chan, the former head of the Department of Licensing and Inspection of the Macao Government Tourism Office. It is believed that Inês Chan secured her new job thanks to her performance at the Novel Coronavirus Response and Coordination Center’s press conferences. AL