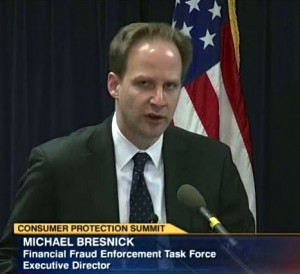 Organizers of the Macau Tourism and Culture Summit (MTCS) have announced the summit’s debut this week alongside the Macao Gaming Show (MGS), and have said that the speaker line-up has an “outstanding mix of some of the leading authorities on gaming in Asia.”
The MTCS will take place between November 17 and 19 at the Venetian Macao, following the theme of the MGS: “New Rules, New Vision, New Opportunities: How is Macau planning to channel gaming to power a new entertainment mix for tourism and culture?” According to organizers, over 50 keynote speakers will attempt to address these questions and share their insights into the Asian gaming market.
Some of the keynote speakers include: Michael Bresnick, former advisor to President Obama’s Financial Fraud task force; Christopher Jones, Head of North American Research at Union Gaming US; Grant Govertsen of Union Gaming Securities Asia; and Li HaiBin, President of Renmin University of China. Other speakers from across Asia will be present, hailing from countries such as Cambodia, Taiwan, Singapore, Macau, Laos, and Japan.
The primary focus of the first day of the summit will be on China’s One Belt, One Road policy and the important role that Macau can play in the development of supporting infrastructure in the region.
Fatima Nunes, Secretary-General of trade body MGEMA and organizer of the summit, said: “We know, from the research that was undertaken among attendees last year, how important the summit is to them. Attendees have a real thirst for knowledge and being able to, for example, learn about who will be the driving forces behind the ‘One Belt One Road’ initiative, as well as understanding the legislation that governs gaming in Asia- Pacific.”
On the industry front, sessions over the three days will include: the rise of lotteries; the emergence of virtual sports in Asia; the impact of the financial crisis on Las Vegas and the lessons that can be applied to Macau; banking and finance in the gaming industry; electronic gaming machines; emerging markets in Asia; and policy issues of any new and emerging jurisdictions.
The official organizing partner of this year’s summit is the International Association of Gaming Advisors (IAGA), who will submit some of their own members to speak at the MTCS platform. In addition, the speaker list will feature a number of senior Chinese and Macau figureheads, alongside leading players from international industries. Staff reporter