Formula E is a series for the ‘long run’ 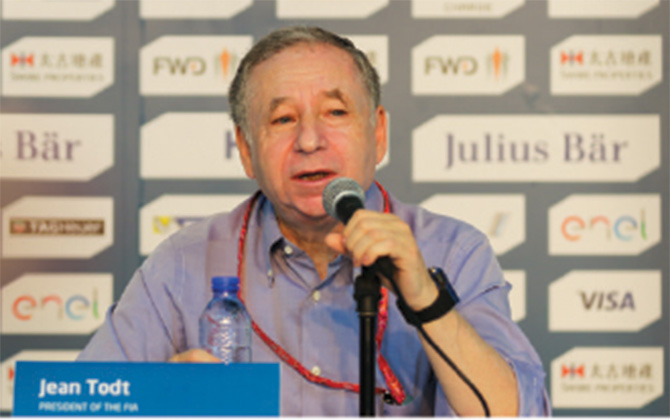 The president of the Federation Internationale de l’Automobile (FIA) Jean Todt said that Formula E will be a futuristic series. “We are aiming to [make people] visualize what a race car will be not in two years but in 20 years,” Todt said in Hong Kong during a press conference held to address the new developments of the series.
Among the big developments yet to be announced, Todt mentioned that preparations are being made so that within two years the race would be done with the use of one car per driver only instead of the current two.
“Within these five years [through the development of Formula E, which is currently starting the third season], we are going to be able to multiply by two the autonomy of the batteries,” Todt said adding: “We do believe in this technology [and its application to daily use] but the first issue is the duration of the battery (the autonomy). That’s why we choose cities [to promote the series] where you usually do not have to drive long distances and where you have opportunities to recharge at home or working place.”
Formula E CEO Alejandro Agag remarked on the speed of integration of the new technologies into the consumer market saying: “The work of the teams and the manufacturers is very important as at the time we are developing, the technology they are making road cars and use this technology on the road vehicles. For example during the [last] Paris Motor Show a Concept car [was presented] by Renault that uses the Formula E powertrain so it’s very immediate [the entry on the market of Formula E technology].” 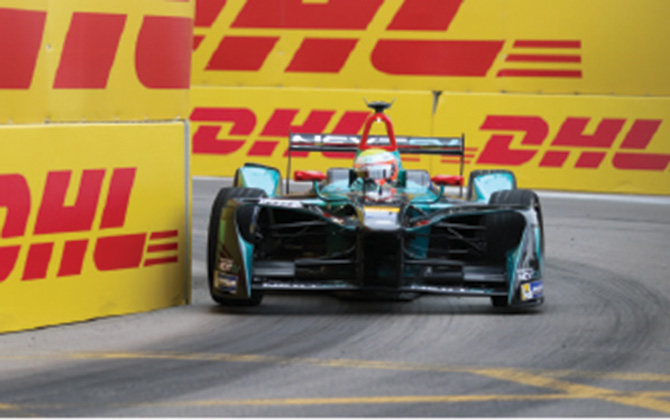 In response to some criticism of the series from several groups that slam the series due the some issues regarding the tracks and the autonomy of the cars (among others), Todt said “Every time I come to Formula E race I’m amazed. It’s simply very special and it’s exactly what we wanted to be when we started to discuss it with the team [at the beginning of the series],” adding “Formula E is not comparable to any other kind of motor racing or category in motorsports. It’s raced in the heart of the bigger cities in the world and of course that makes things more difficult. We need to have the authorizations and we need to have mayors that believe in it and strong promoters able to support it. Besides that we have the infrastructure that is needed to be built just before the start.” He reaffirmed the need to “educate” spectators on this new sports category.
“It’s a very new category in motorsport. We are now at the beginning of season three and we need to teach people how it works,” the FIA supremo said, acknowledging that although the achievements reached so far are “impressive,” there are still a lot of things that need to be done. Renato Marques, Hong Kong

The FIA president Jean Todt faced questions the importance given by FIA to China as the Formula E’s first two seasons have kicked-off in Beijing and the third season will occur in Hong Kong. Todt replied that the decision of bringing the series to Hong Kong has to do with the importance of the Chinese market (that sells more cars than any other in the world currently) and the fact that there is a “local DNA” of interest for motorsports due to the existence of the Macau Grand Prix for over 60 years.
Back in 2013, Todt voiced the idea that Macau could be considered as a potential destination for the series. At the time, Todt said: “Macau is a logical destination for the series to explore.”
However, Hong Kong was always one of FIA’s first choices in this series’ promotion. The region was nominated for the first at ePrix in 2014. Eventually questions and criticism by some Legco legislators delayed that debut and pushed the series to Beijing.