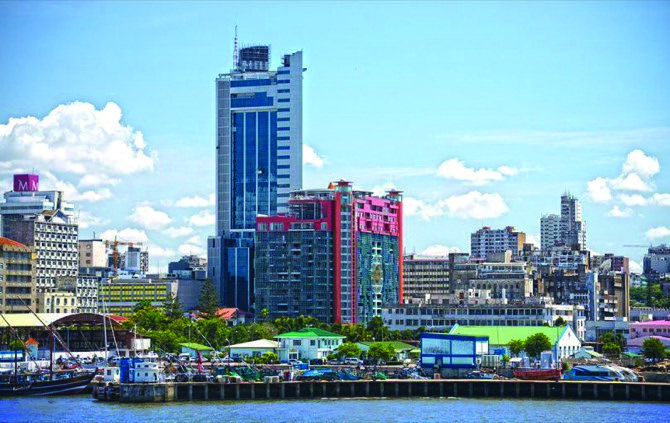 The ports of Mozambique, Angola and São Tomé and Principe will be linked to the Chinese ‘Belt and Road’ initiative, which will have a “central hub” in East Africa, wrote researcher Paul Nantulya.

The researcher, in a study for the Africa Centre for Strategic Studies, said that East Africa, as central hub in the Chinese strategy, will be linked by “planned and/or operating ports, pipelines, railways and power stations built and financed by Chinese companies and lenders.”

The importance of the region is highlighted by the already inaugurated Mombasa-Nairobi railway, as well as the electric railway line from Addis Ababa to Djibouti, where China has established its first naval base abroad and has interests in a deepwater strategic port.

According to Nantulya, the Silk Road will connect with the planned Chinese port infrastructure in Sudan, Mauritania, Senegal, Ghana, Nigeria, Gambia, Guinea, São Tomé and Príncipe, Cameroon, Angola and Namibia.

Another route links Djibouti to Gwadar, Hambantota, Colombo, Myanmar and Hong Kong, “The final arc of this corridor connects Walvis Bay to the Chinese port clusters in Mozambique, Tanzania and Kenya before also connecting to Gwadar.”

The researcher also wrote that the Belt and Road initiative, “also increases Beijing’s control over critical global supply chains and its ability to redirect the flow of international trade,” and that, “initiatives to open new shipping lines and expand strategic access to China’s ports around the world,” are central to those efforts.

In 2017, Chinese state-owned enterprises – already active in 40 ports in Africa, Asia and Europe – announced plans to buy or obtain stakes in nine foreign ports, all located in regions where China plans to develop new sea routes, including São Tomé and Príncipe, where a new deepwater port is planned.

In Africa, discussions on the Belt and Road have focused on supporting the continent’s infrastructure needs, which the World Bank says require USD170 billion a year over 10 years.

Nantulya added that parliaments, public officials and other supervisory bodies in African countries should actively follow up negotiations with China so that negotiators are more receptive to local demands.

The initiative, he said, may have benefits for African countries, but “much will depend on the relationship between China and Africa being placed on an equal footing,” as the Belt and Road is “first and foremost a Chinese geopolitical project to promote China’s big strategy. “

“The challenge for Africa is to define where its interests converge with those of China, where they diverge, and how areas of convergence can be shaped to advance African development priorities,” the researcher concluded.