Fourth link should have been a tunnel, says Au Kam San 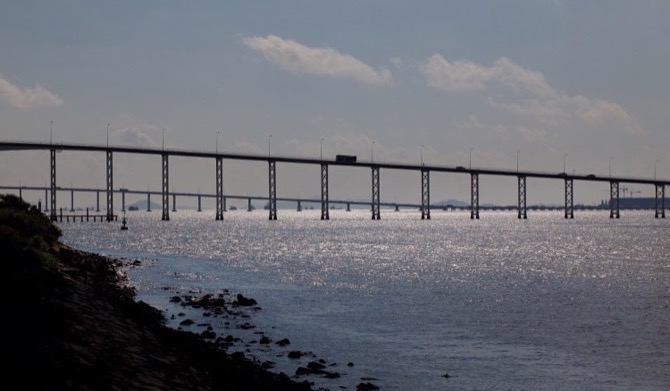 The fourth Macau-Taipa connection must be prepared for the incoming Light Rapid Transit Macau line, lawmaker Au Kam San has insisted, even as he says he disagrees with its conception as a bridge instead of a tunnel. The bridge will connect the artificial island of the Hong Kong-Zhuhai-Macau Bridge with the Outer Harbor, Inner Harbor, Zone E1 of the New Urban Zone and Taipa Grande Hill tunnel.

“It is necessary to have a fourth connection,” Au told the Times, because “all three of the other bridges are saturated.”

However, “there should be no reason for the fourth connection to be a bridge because when Macau faces extreme weather, the existing three bridges are not accessible,” said Au. “We should have a channel with 24-hour access [instead].”

The bridge’s design has already been finalized by the SAR government.

The main line of the bridge will be about 3.1 kilometers long, with a section over the sea about 2.9 kilometers long, and two bridges over waterways spanning 280 meters. The bridge’s main section consists of four lanes going in both directions, with the two central lanes reserved as a special lane for mopeds and motorcycles. The starting point of the fourth bridge will be located on the east side of the Macau New Urban Zone.

Speaking about the bridge’s future transport arrangements, Au believes that the government will “fully use” the bridge for all vehicles and not exclusively for public transportation, in view of its size.

According to the bridge’s design, the bridge will be close to the fifth Macau-Taipa channel, and will reach the core area of Areia Preta.

“The LRT’s eastern line will reach the new urban zone and Areia Preta. The fourth bridge should reserve a lower deck for the LRT in order to be more economical,” said Au.

In order to facilitate completion of the bridge, the local government has already started designing the road network, particularly at its starting points in Zone A and Zone E. It is said the design work will be completed within the year.

Meanwhile, tendering for the project is expected to be completed in the final quarter of this year.