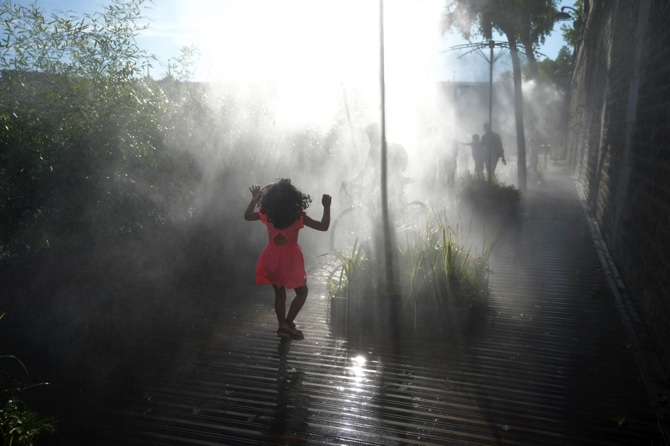 Paris’ regional authorities warned residents to be vigilant yesterday, with temperatures soaring to 36 degrees Celsius (97 Fahrenheit). In a tweet, the Ile-de-France prefecture also asked residents to moderate their water consumption amid a “major dry spell.”

Elsewhere in France, some 27 departments have now been placed on “orange alert” with a heat wave spreading mainly to the east of mainland France. Temperatures are set to hit up to 40 C in some places in the south. The heat will reach its peak Wednesday, and begin to decline Thursday.

This August heat wave episode should be shorter than that of July, according to the French weather agency.