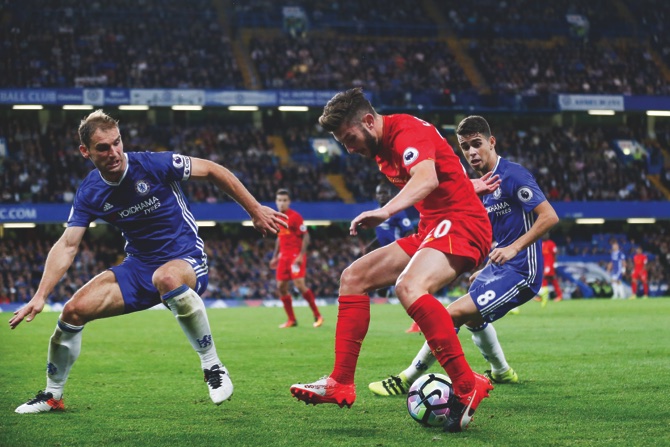 The English Premier League (EPL) is currently being broadcasted by M Plus Sports Media Company Ltd (M Plus), which provides exclusive live internet broadcasts in Macau.
According to the company, the free service will be available until September 29, but only if online viewers watch the game from its website’s links. The company is yet to decide whether free live games will continue to be offered after September 29. Ten games are available every week.
Earlier, the EPL sold Macau Slot the broadcasting rights for football games in the region. As told by an M Plus representative, the company is working in cooperation with Macau Slot to broadcast the games.
Macau Slot members are able to access the games through an app created by the company.
Previously, M Plus and Macau Slot organized a promotion period for the first 3,000 viewers for each game day, granting them free access through the application.
According to a previous report by Jornal Cheng Pou, Macau Slot customers can watch the Premier League for 30 days through the app as long as they make deposit of a certain amount into their accounts.
Macau Slot announced earlier that, besides EPL, the company will continue to introduce other leagues, such as the Spanish La Liga and other top events.
In the past, the Premier League was broadcast by TDM. The Macau public broadcaster is currently broadcasting the English second tier tournament, the Football League Championship. JZ