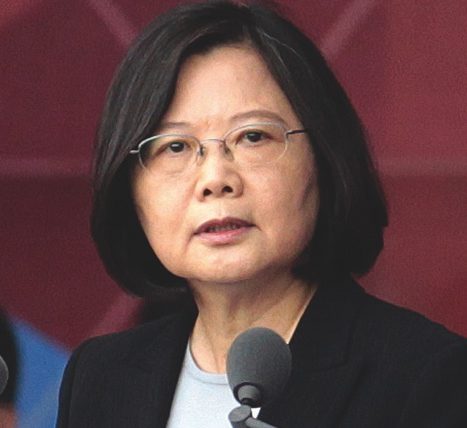 A concert supporting Hongkongers’ fight for freedom will be held in Taipei’s Liberty Square by a new political coalition backing the re-election bid of President Tsai Ing-wen, Central News Agency (CAN) reported.

The purpose of the concert is to get Taiwanese to stand with the millions of Hongkongers who have taken to the streets since June to fight for freedom and democracy, according to the organizer’s statement.

It also dovetails with Tsai’s campaign strategy to portray herself as the defender of democracy in Taiwan and oppose China’s “one country, two systems” formula, which it uses, at least in theory, to govern Hong Kong and Macau.

Hong Kong student activist Joshua Wong shared his support for the concert via video yesterday, saying that although freedom in Taiwan is normal, Hong Kong citizens currently face suppression by the police, with tear gas being deployed weekly.

He stressed that fighting for freedom has never been easy, and called for more artists to join the concert in support of Hong Kong.

According to CNA, that the political coalition organizing the concert, comprised of roughly 30 organizations and political parties, is also holding an exhibition titled “Freedom Is not Free” from Nov. 16 to Dec. 1 in Bopiliao Historical Block in Taipei.

The exhibition will showcase the fight for democracy in Taiwan and Hong Kong by featuring media and items collected by organizations Hong Kong Outlanders and Imagine Hong Kong from the ongoing protests, the coalition said, cited by the Taiwanese agency.  MDT/Agencies