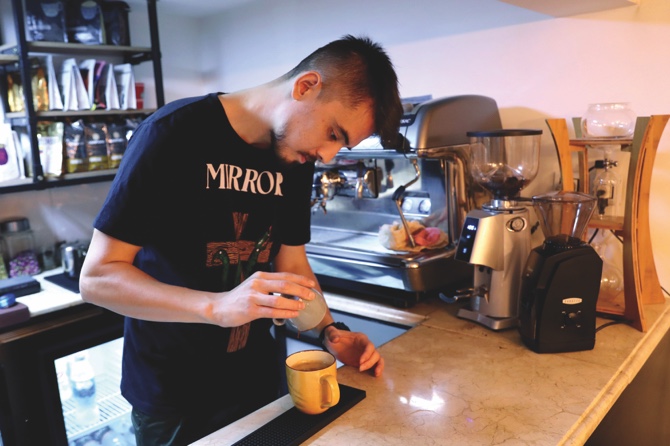 With each serving of French press coffee poured delicately into a cup with steamed milk, 21-year-old Afghan refugee Fatemeh Jafari lives out a dream in her basement coffee shop in Tehran that is out of reach for millions like her in Iran.

More than 3 million Afghans, including as many as 2 million who entered the country without legal permission, live in the Islamic Republic, according to United Nations estimates. Even those legally in Iran face challenges in finding work, with many taking jobs as laborers for cash under the table.

Jafari hopes her “Telma Cafe” (“Dream Cafe”) in Tehran will help bridge the divide between Afghans and Iranians and fight the xenophobia many Afghans face in Iran.

“Many think that Afghans are unable to speak Farsi with the Iranian accent or are illiterate,” Jafari told The Associated Press on a recent day at the café. “But when they come here, they see Afghan university students for themselves and get to know our culture and dialect better and it is very interesting for them. Here their false presumptions about us are transformed and Iranians and Afghans sometimes even make friends with each other.” 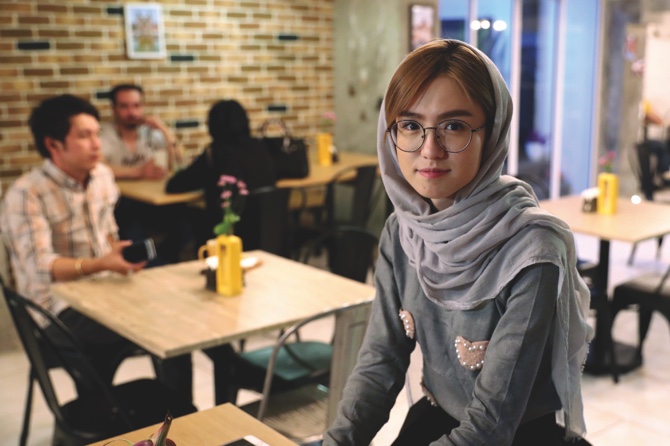 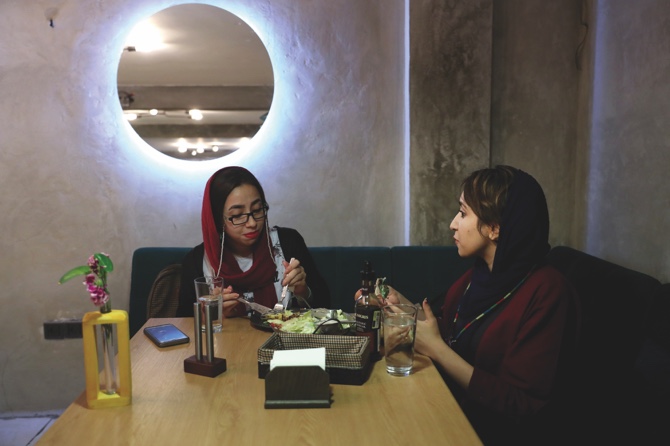 Jafari added: “We people are not as different from each other as some may imagine.”

Afghan refugees began arriving in Iran in 1978, following their country’s communist military coup and the subsequent Soviet occupation. The occupation ended in 1989, giving way to years of civil war and ultimately a Taliban-controlled government. Then came the 9/11 terror attacks on New York and Washington, and the subsequent U.S.-led invasion targeting al-Qaida leader Osama bin Laden, whom the Taliban harbored.

Since President Donald Trump’s decision last year to unilaterally withdraw the U.S. from Tehran’s nuclear deal with world powers, some Afghans have begun returning home as Iran’s economy suffers. But many still remain in the country, like the Iranian-born Jafari.

Jafari, an Azad University law student, worked with her friend Hamed Azar, another Afghan who studies engineering, to open the café in Tehran’s bustling Ferdowsi neighborhood near the city’s old downtown. They worked hard to receive a permit from government authorities — no easy task given that Labor Ministry’s normal policy of not allowing Afghans to run cafes.

They raised money from their parents and used their own cash to open the business. They couldn’t rely on a bank loan as Iranian banks do not give loans to foreigners, even those with Iranian residency permits. They made their own tables and chairs, ran their own plumbing and picked up paintbrushes to create the café.

“We told ourselves, we will either succeed or fail, but let’s try,” Jafari said.

At first, some customers thought Jafari and her colleagues were Chinese or Japanese because of their Asiatic features, which are common among Afghanistan’s Hazara ethnic group. But Jafari attributed that simply to Iranians’ limited exposure to Afghans living in the country.

The cafe’s menu includes Afghan meals such as country’s famous Bolani bread, a thin, quesadilla-like flat bread that is baked or fried and stuffed with potatoes, lentils and other vegetables. An Iranian barista has offered to help Jafari learn new techniques.

Café culture remains huge in Iran, with many cafes in university neighborhoods around Tehran where students and young people can be seen sitting and talking.

“Launching this café is an excellent thing and is absolutely remarkable,” said Sepehr Haghighazar, a 24-year-old Iranian architecture graduate who learned about the café from its Instagram account, which has nearly 15,000 followers. “There is a misperception among many Iranians when it comes to Afghans. The fact is that there is no special difference between them and us.”

Jafari is lucky. One Afghan customer who declined to give his name because he was criticizing Iranian government policy toward Afghan immigrants, said he couldn’t get a permit to open a barber shop.

“I passed the medical test and have gotten vaccinations but still I can’t get the mandatory Health Ministry permit to open my shop,” he said. “I pay my taxes in this country and pay for my hepatitis tests and other vaccines myself. Why shouldn’t I enjoy the same options and opportunities as others?”

Some things have gotten better for Afghans in Iran.

The country has allowed Afghans to access health care and education. In October, Iran also ratified a bill granting citizenship to children of Iranian mothers and non-Iranian fathers. That has allowed more than 100,000 children of Iranian women married to foreign nationals, mostly Afghans and Iraqis, to become Iranian citizens.

Iran, meanwhile, has suggested that it could allow its Afghan population to travel on to Europe while trying to pressure the European Union to do more to save the nuclear deal. Iranian officials have also suggested, however, that they want more Afghan immigrants to return home.

“In recent years, we have witnessed a tiny number of voluntarily repatriated refugees to Afghanistan from Iran,” Iran’s Interior Minister Abdolreza Rahmani Fazli told a meeting of the U.N.’s refugee agency last week in Geneva. “We expect the international community, the Afghan government and UNHCR to focus on the return and sustainable reintegration of the refugees.” Nasser Karimi & Mohammad Nasiri, AP