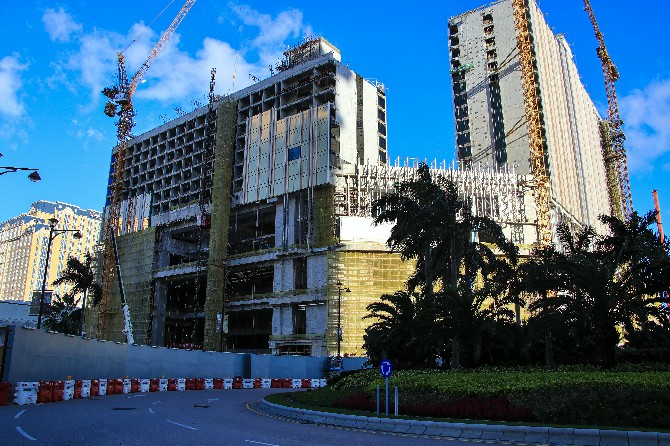 Galaxy Entertainment Group Ltd (GEG) announced on Monday that Phase 4 of its Galaxy Macau project is progressing towards construction.
The next phase of the development of GEG in Taipa will represent an investment of over MOP13 billion and will be built by the China State Construction International Holdings Ltd (China Construction).
The construction is expected to take about three years to complete.
Further details on the letter of intent include a MOP245 million performance promise in favor of GEG, aiming to ensure that all contracted services by China Construction are fulfilled within the agreed timeline.
The company previously announced that Phase 3, which is currently moving towards completion, and Phase 4 would almost exclusively include facilities related to the group’s non-gaming activities.
Late last year, the company stated that the impact of Covid-19 on Macau’s economy and the number of visitors would not hamper GEG’s expansion plans in Macau, nor its intentions to expand operations to Japan.
Nevertheless, the company also announced that the timelines for the conclusion of Phase 3 and the commencement of Phase 4 would be impacted by Covid-19.
Originally expected to conclude last year, the deadline for the construction of Phase 3 was postponed to mid-2021, with the opening expected to occur in the second half of 2021.